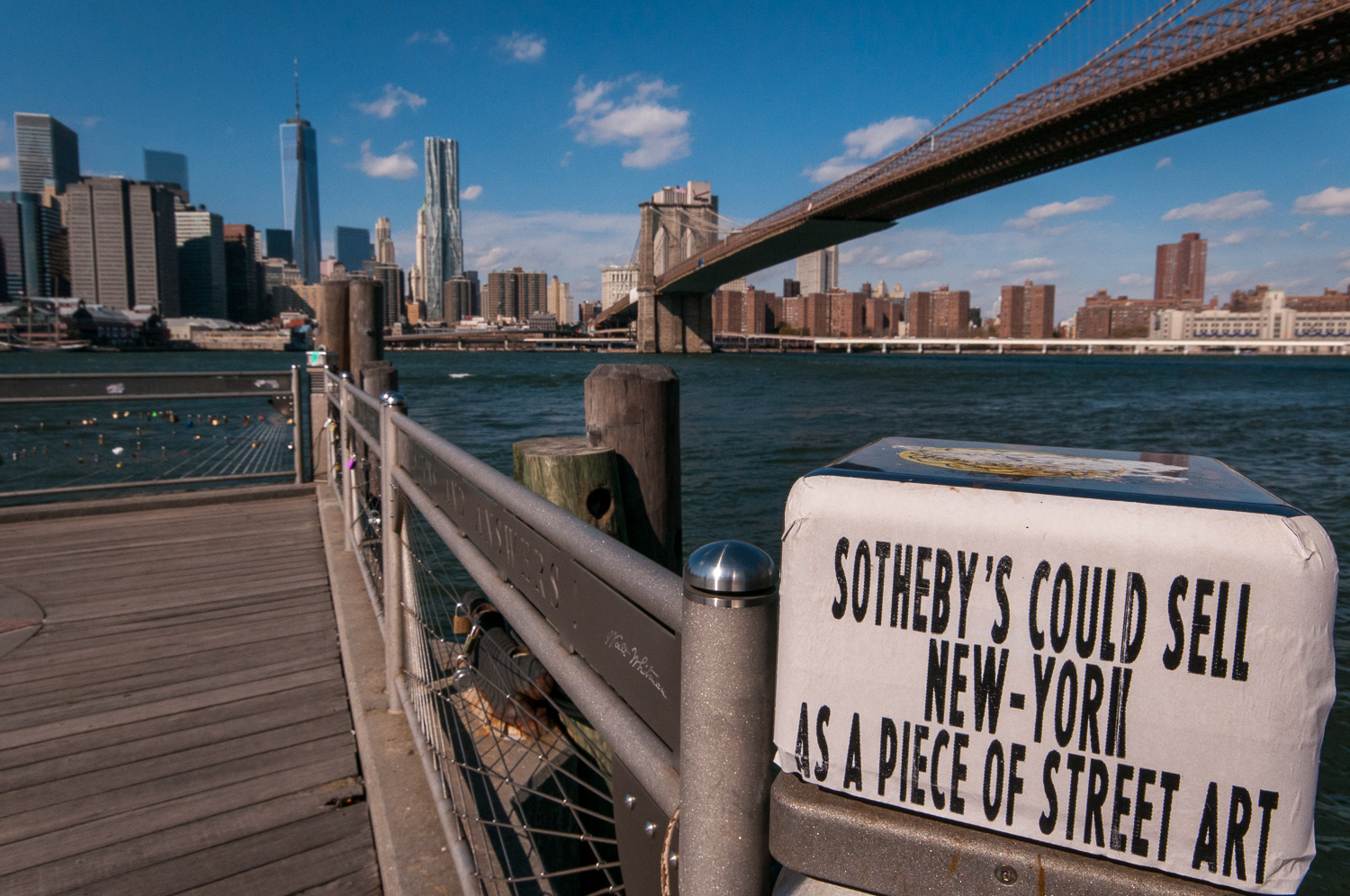 Wondering around Brooklyn Bridge Park I had my eyes out for good view points of the New York Skyline and Brooklyn Bridge. Essentially I was location scouting for later in the day when I would return with my tripod for some dusk and twilight photographs. In the daytime I try to capture things that might look a little different and this fence was full of interest. Just next to Pier one at the DUMBO ferry terminal the fence features a great poem engraved into the metal from the 19th century poet Walt Whitman. If you look closely you can also see people have locked padlocks to the fence on the left side of this photograph, many of which had notes written or engraved on them. The large sticker on the low right side of the picture serves as a unique focal point. In many ways I agree, Sotheby’s could sell New York as a piece of street art, and I’m in no doubt that it would be the most expensive piece they would ever auction!