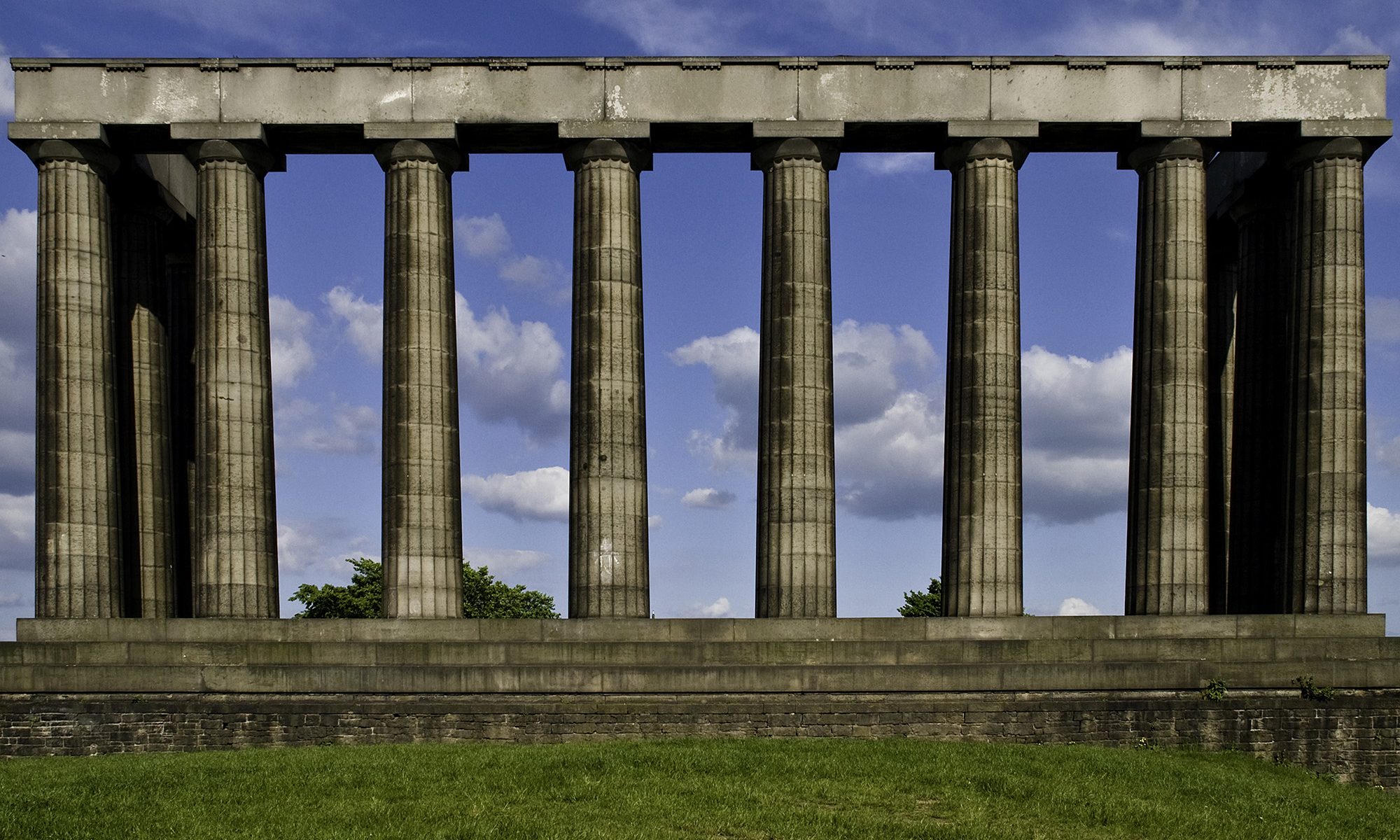 “Verticals should be vertical” is what I am often told by various photographer friends of mine. “You don’t want leaning verticals or converging verticals”. Well in the above version of a previously published photo of Edinburgh’s National Monument, I have straightened the verticals using Photoshop. You can see the originally posted image below showing you a classic example of “converging verticals”. In this case I prefer the photo below and believe that sometimes photographers can get too caught up in the “rules” and as much as a lot of people hate this photo of the monument, it is one of my favourites of Edinburgh.