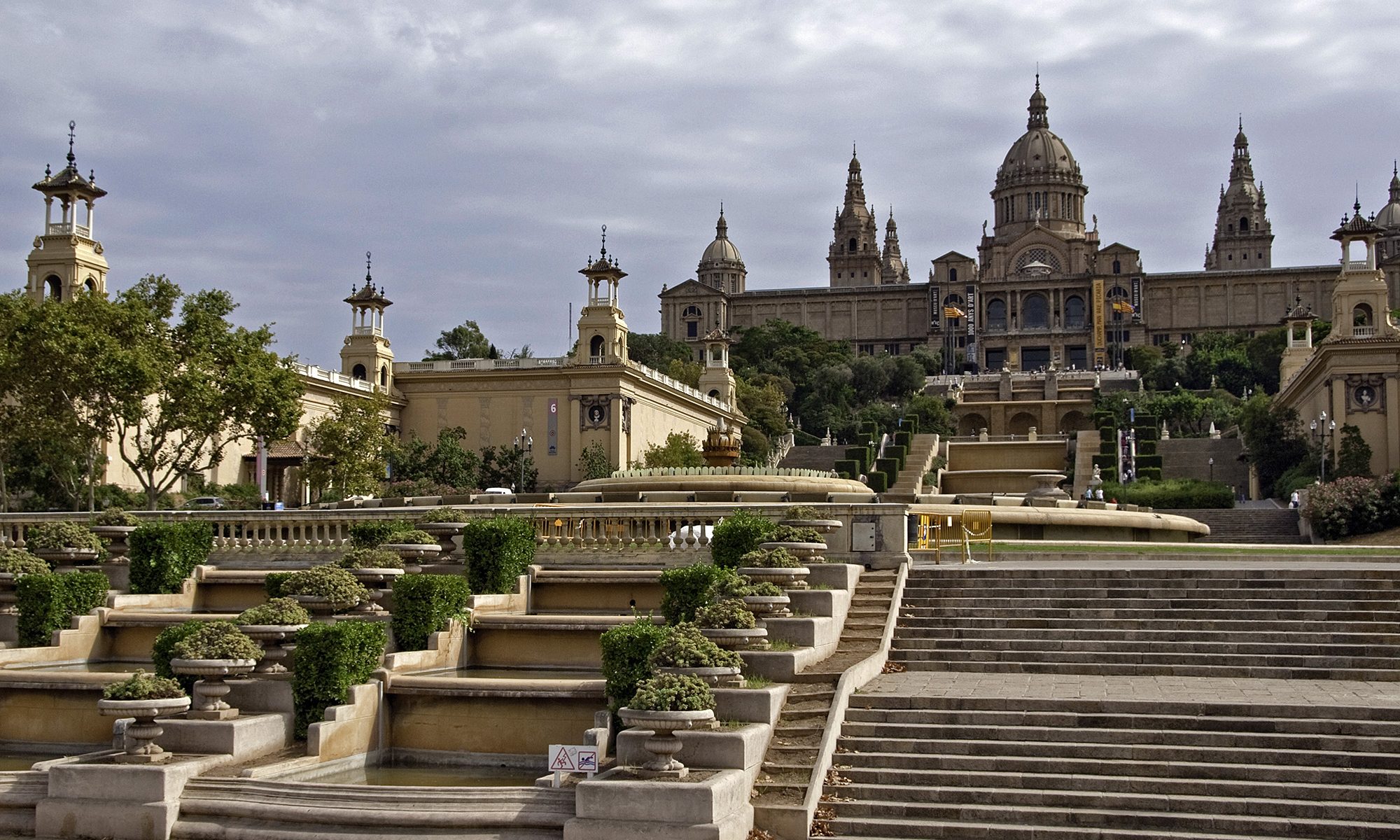 The Palau Nacional is the building at the top of the Montjua hill at the end of Avinguda de la Reina Maria Cristina. Since 1990 it has been home to the National Art Museum of Catalonia, although originally built for the 1929 World’s Fair. This was photographed from the top deck of the tourist bus which allowed me to get some height. You can see that I was almost at eye level with the fountain at the top of the first set of stairs. This is the location for the Font Magica which I was lucky enough to photograph at night a couple of days later.