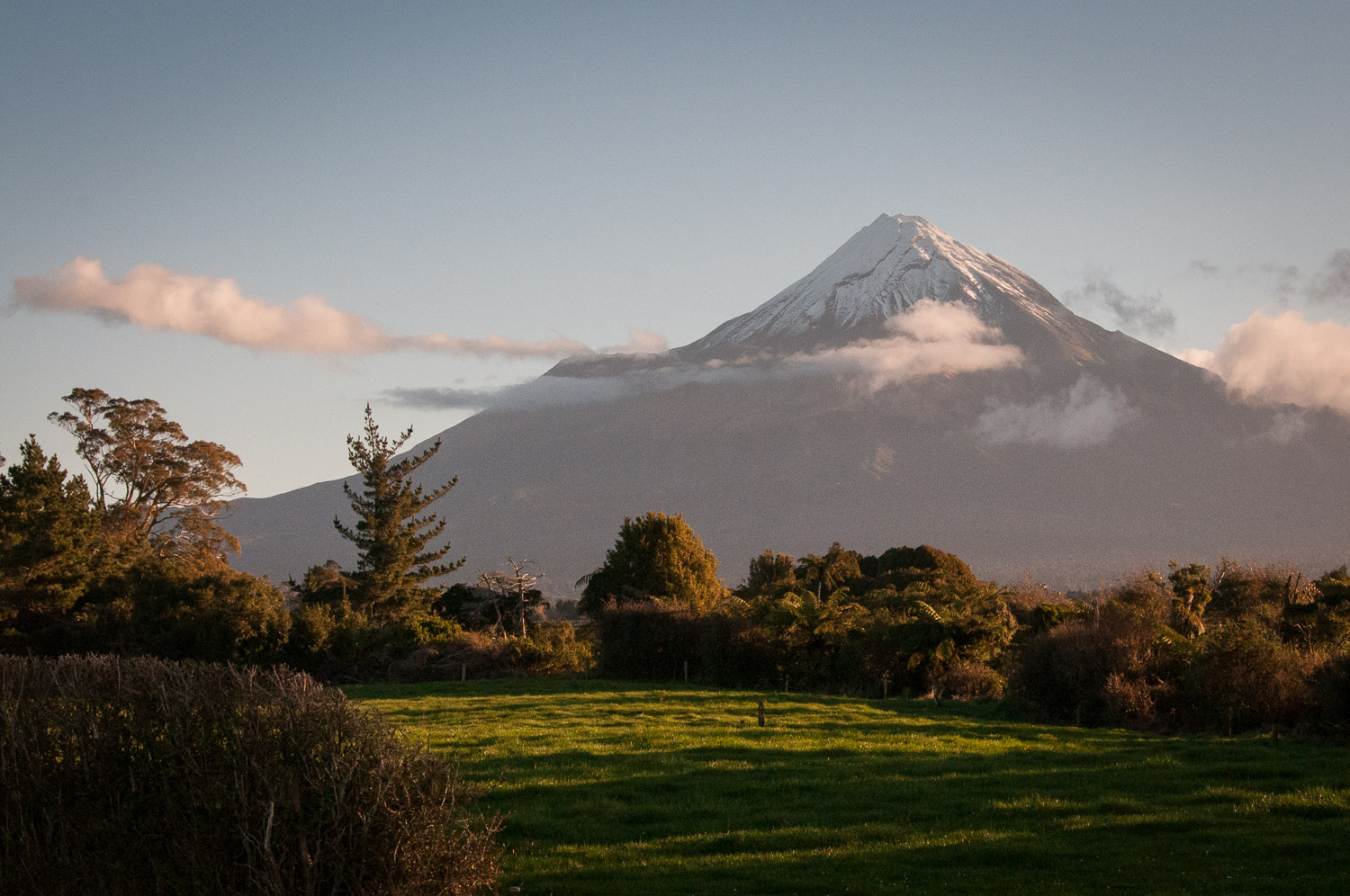 Also known as Mount Egmont, Mount Taranaki is an active volcano in the Taranaki region of New Zealand’s North Island. The good news is the last eruption was in 1854. The volcano stands at 2518 metres and is one of the most symmetrical cones in the world. It has been said to resemble Mount Fiji in Japan and has been used in movies as a backdrop for Mount Fiji including a movie called The Last Samurai.

This photograph was taken just a couple of kilometres north of Midhirst on state highway 3 between Hawera and New Plymouth. On the other side of the mountain is the Tasmin sea, though I have driven along state highway 3 many times and at different times of the day and night, I have yet to drive the coastal road along the west side of Mount Taranaki. Egmont National Park has a number of ski fields and alpine tracks. It is possible to climb to the volcanic crater.