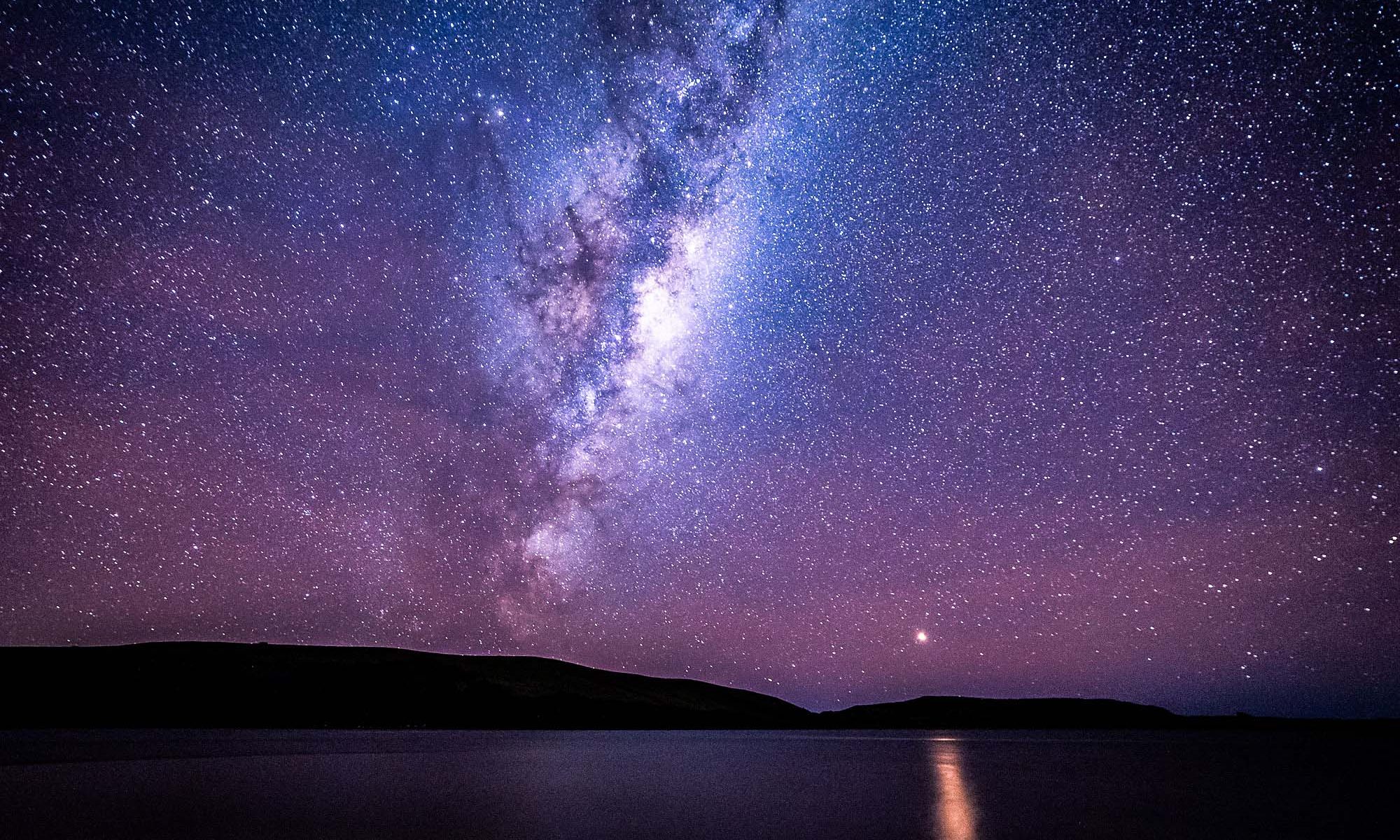 Camping at Haldane Bay, east of Slope Point I was lucky enough to be treated to a clear night sky. After a couple of cloudy nights, this was a real treat. Especially as it was my first astrophotography shot with a new camera and lens. Antares is the bright star at the top of the Milky Way. I had assumed that the bright light reflecting on the bay was Mars but my friend James informs me this is Jupiter. The camera settings were a 30-second exposure on a 14mm f/2.8 lens at ISO 6400 on the Sony A7iii camera.