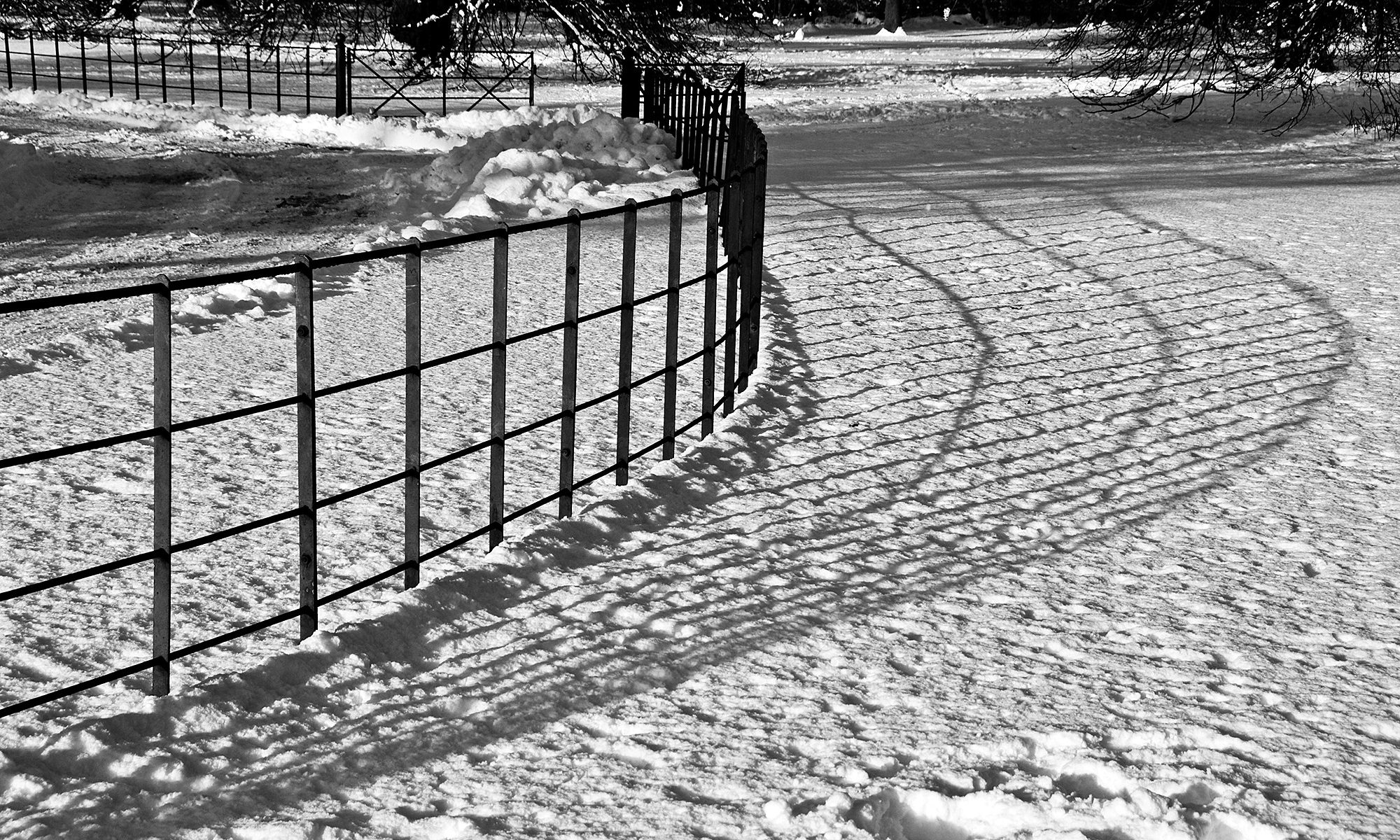 I thought that the curve of the fence made an interesting photograph, so whilst walking from the car park into Dunham Massey I captured a similar image to the above, but without the shadow. It was OK but lacked something extra special. An hour or so later the sun was out and much lower in the sky causing this long shadow, so I took this photo and thought straight away that it might make a good monochrome or black and white image for the website.