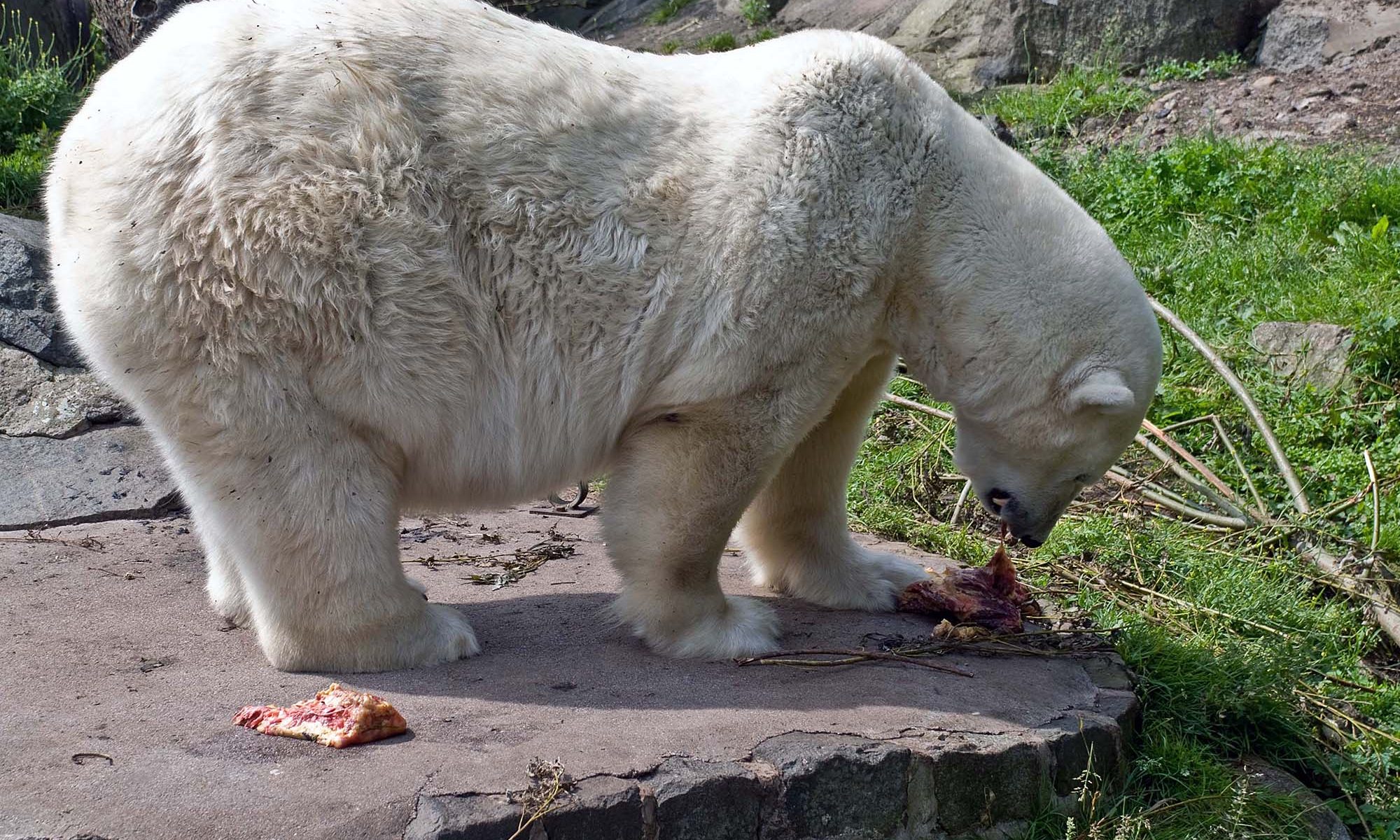 It is very difficult to convey the size of things in 2D photographs. With a small subject I could include a penny to show its relative size and with a larger subject such as a building, I might include a person. I’d like to say that in the above photo Mercedes got to the person before I could take a picture, but that would be a lie. When the polar bear is lying down, as in previous images I have published of her she looks small and cute, but as you can see she is a huge bear. I’m not sure what kind of meat she is eating in the photo, but there were some gulls trying to help her eat it (they didn’t get very far). According to the information on the wall that I was sat on to get this photograph, the stomach of a polar bear can hold around 75kgs of meat, which is the weight of the average person. The bears themselves weigh around 500kg (the weight of a small car) but I fear that Mercedes might be a little over weight. Just to clarify here, the staff at Edinburgh Zoo are not feeding Mercedes human flesh, I was joking.