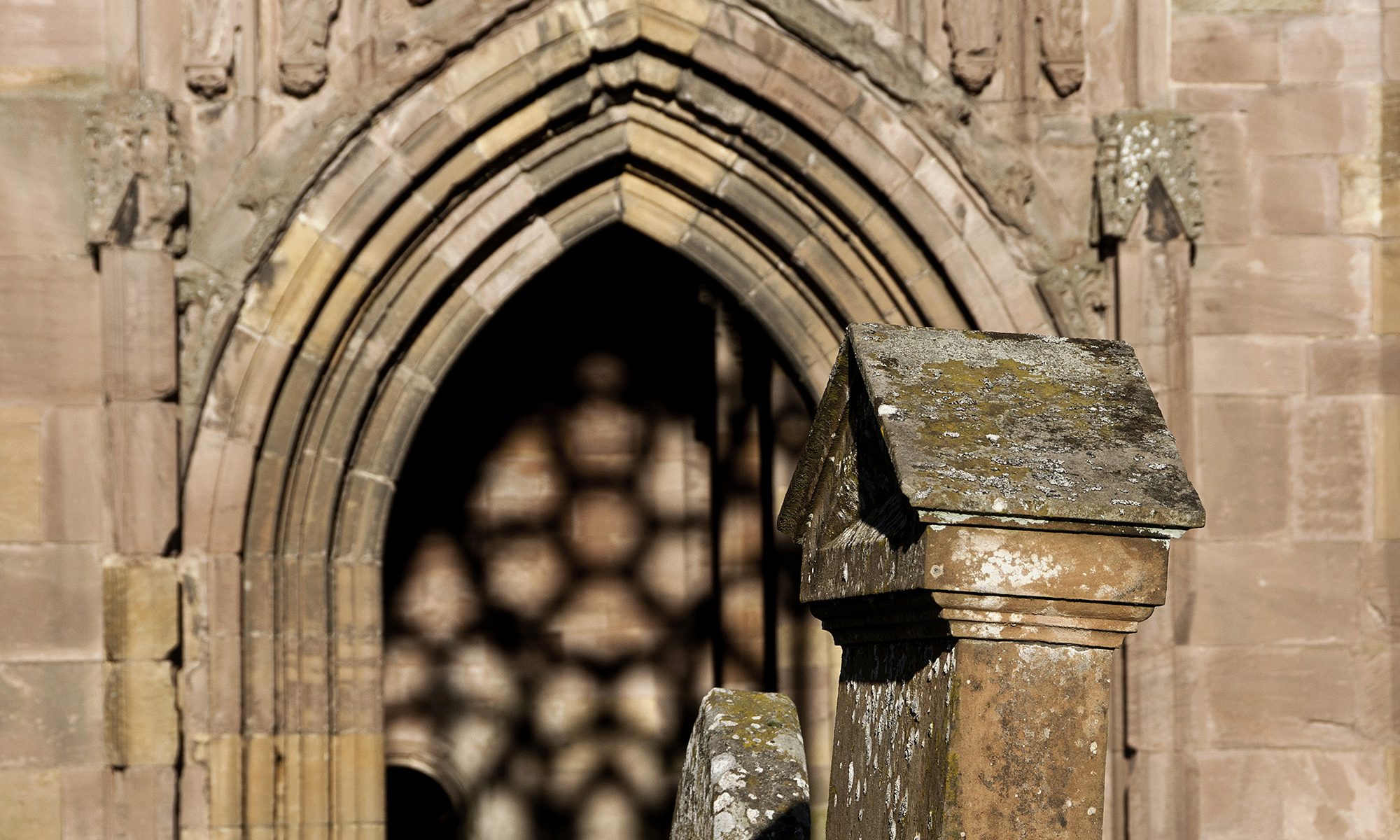 After getting my wide angle view of Melrose Abbey in the wonderful sunshine I was keen on getting some close up detail shots, epically having paid a small entry fee to Historic Scotland. This was the second time I’d been to the abbey. Looking closely at the main doorway I saw the shadow from the main window (which these days is without glass). Walking up to the doorway the shadow became smaller on the back wall. So I walked back to where I was originally standing and zoomed in to keep the shadow filling the doorway. Initially I didn’t like the gravestones in the foreground, but after reviewing at a later date I have grown to like them being there; I think they add to the final photograph.