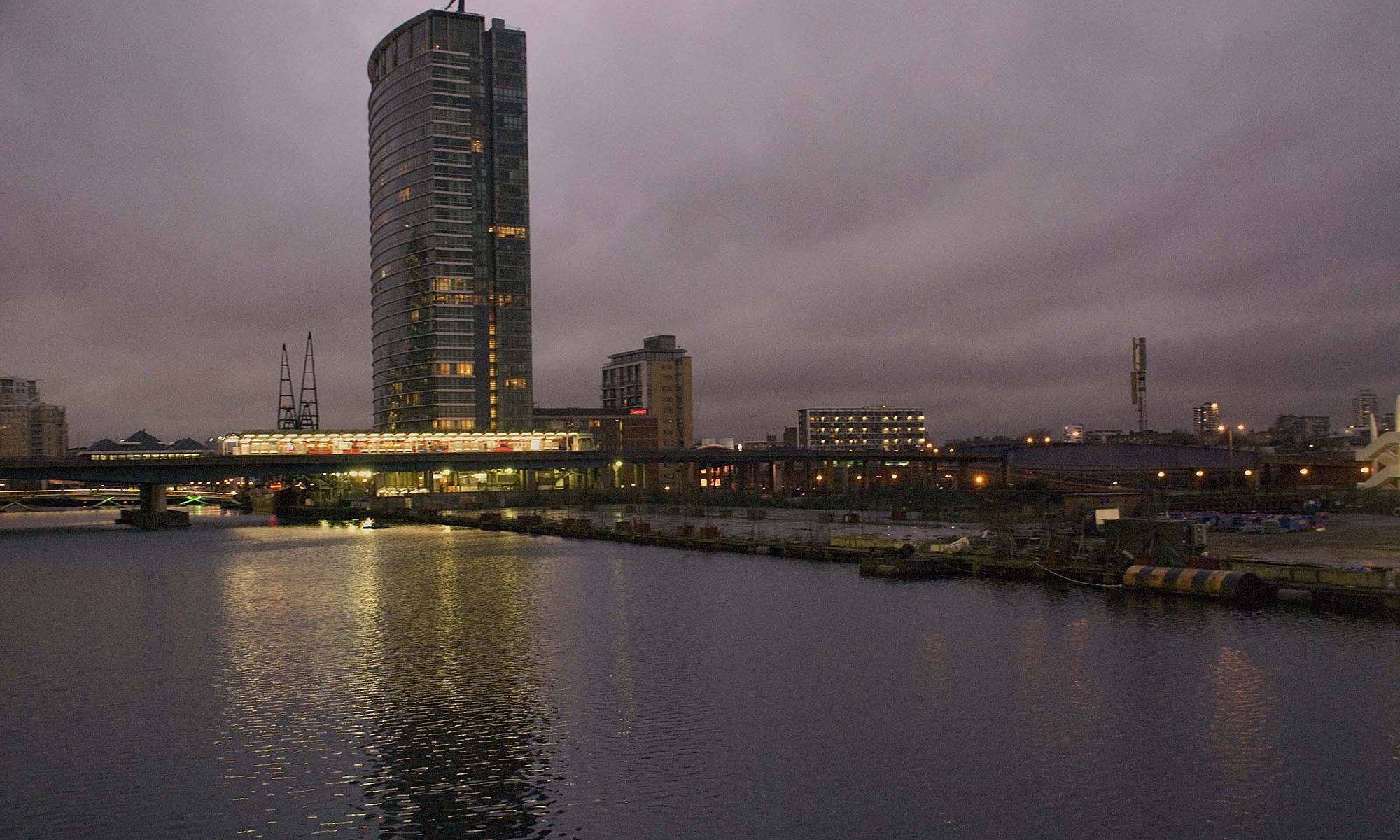 This image was taken on Friday 5th January 2007. I was walking back to the hotel after a photo shoot in the Westminster Area of central London. This photograph shows the Marriott Hotel at West India Quay on the Isle of Dogs near Canary Wharf. We were staying in the hotel pictured (the tallest building). It seems extremely large from this angle but it isn’t as big as many of the skyscrapers that you would see if I had turned my camera lens 90 degrees to the left. There appears to be a major construction site on the flat area to the right of the hotel. I wonder what this view will look like in five or ten years?