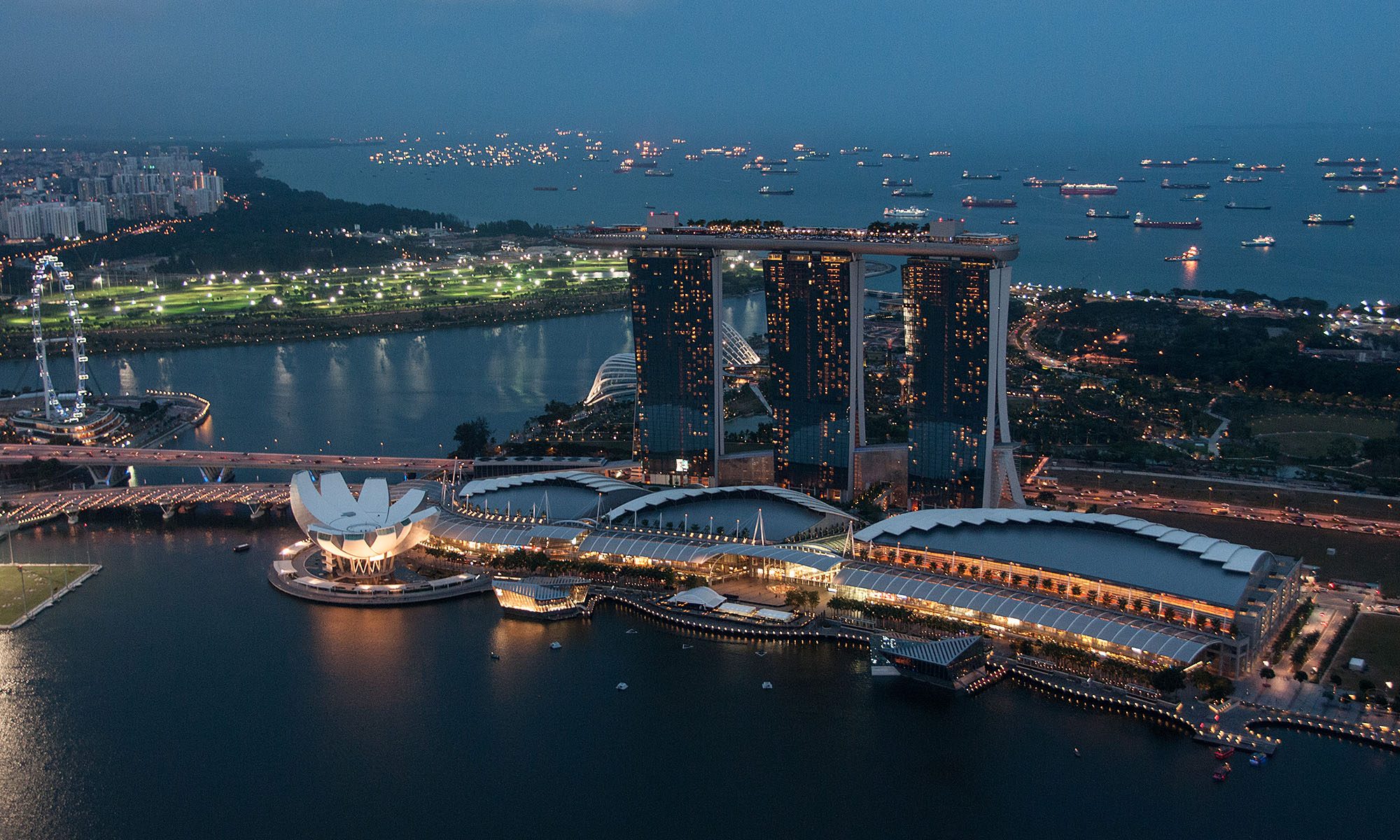 As you can see from my previous photographs of Singapore, I am focusing on views of big cities at dusk. On the first night I found 1 Altitude, a bar on the 63rd floor. I was told it was closed due to the rain and lighting, but I could go for a drink in the Golf Bar on the 61st floor and look through the window, which I did, paying $10 for a can of coke, but at least there was no entry cost to get there.

On my last night in the city I felt that I had unfinished business, so I went back to 1 Raffles Place and asked if the 63rd floor bar was open. It was and after paying my $25 for entry and a drink of my choice I found myself stood at the world’s highest al fresco bar on the top of the largest skyscraper in the city. It was for the above view of Marina Bay that I stood waiting nearly two hours for the day to turn into night. Obviously no tripods were allowed, so this was captured hand held.

One Reply to “Marina Bay Sands at Dusk”