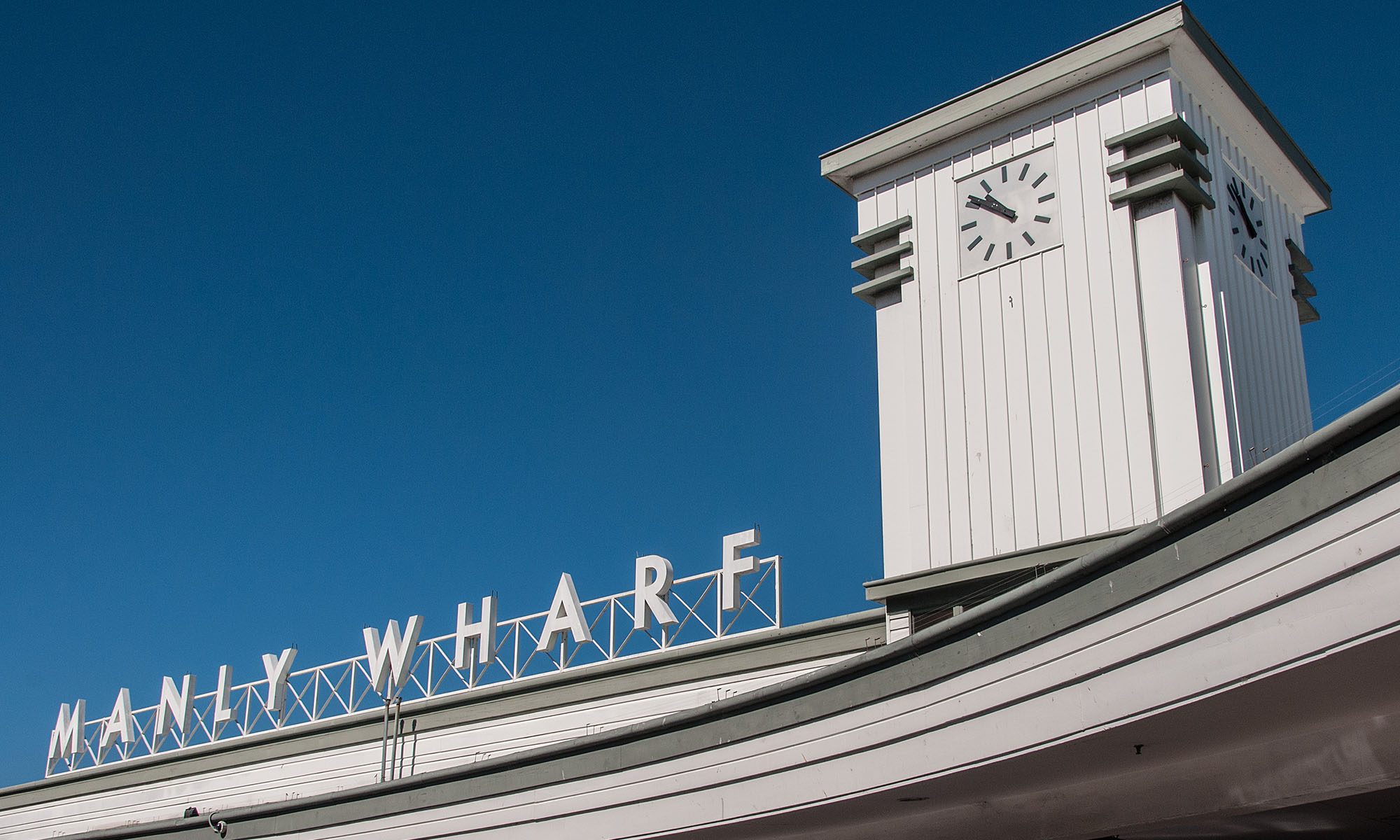 Manly is a suburb of northern Sydney and half an hour by ferry from the central business district. Many people told me it was one of the nicest suburbs and rated the beaches around Manly much higher than Bondi beach. Getting off the ferry at Manly Wharf there are a few shops including an Aldi, which was great for some food at bargain prices. Coming out of the wharf I looked up above the Nando’s restaurant to see this sign and clock tower. Being white it is very bright, so the sky is recorded slightly darker by the camera as a result.