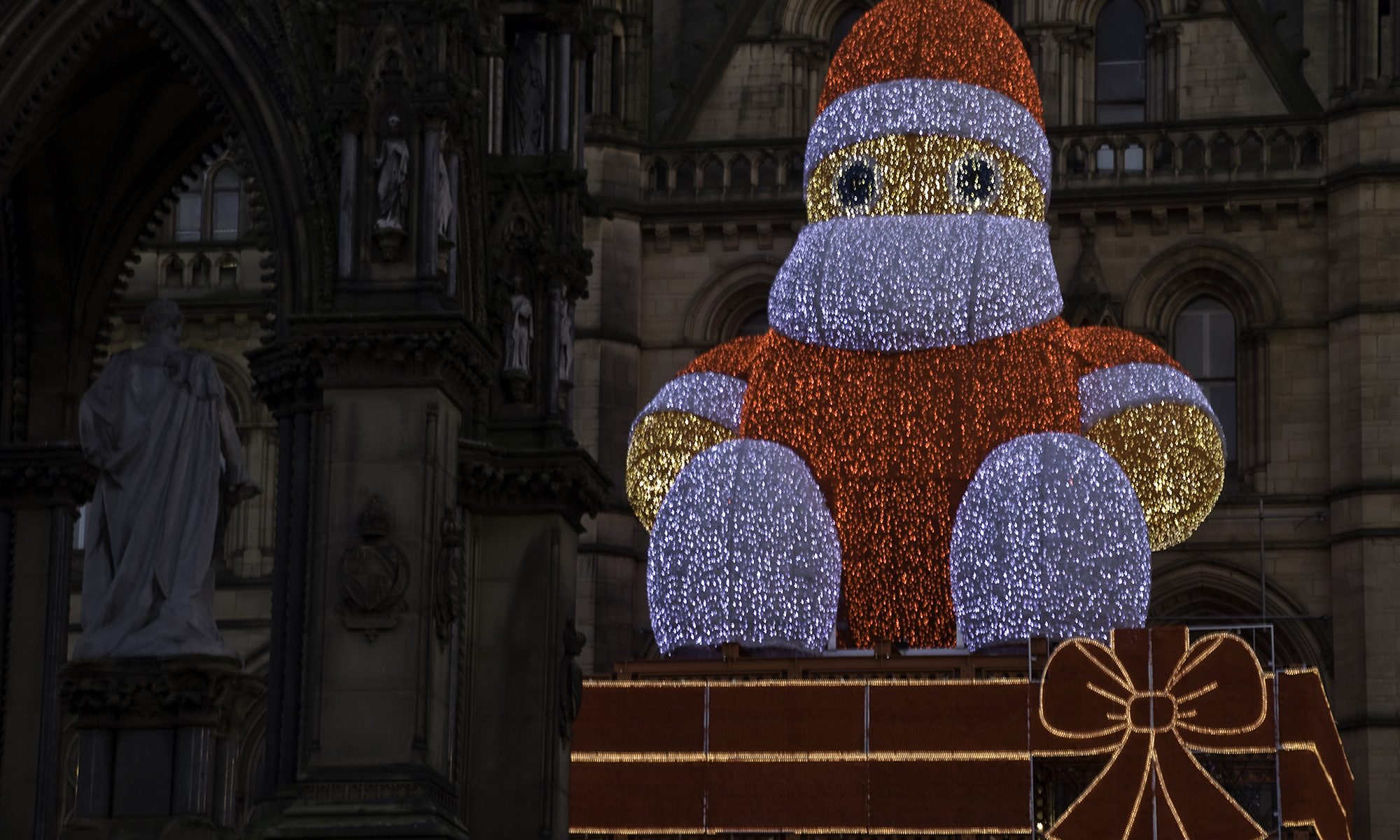 Believe it or not the above photograph is Manchester’s “Father Christmas”. It is only in the last twelve months I have had the skills and technology to photograph at night, and I was really looking forward to walking down to the town hall to photograph the inflatable Santa that is always up the clock tower of the building, but not this year.

The have now replaced the traditional inflatable Claus with this LED monster. I have no idea why but for me it doesn’t really represent Christmas in a very traditional way. According to many people around the city, it looks more like children’s TV character Zippy from Rainbow. I have included an image below from the internet that I found online for you to judge for yourself.

I hope this photo made you smile and tonight being the eve of Christmas, if it’s a holiday you celebrate, then have a fantastic one and if you don’t, then I hope you have some time off, enjoy it and have a great day!