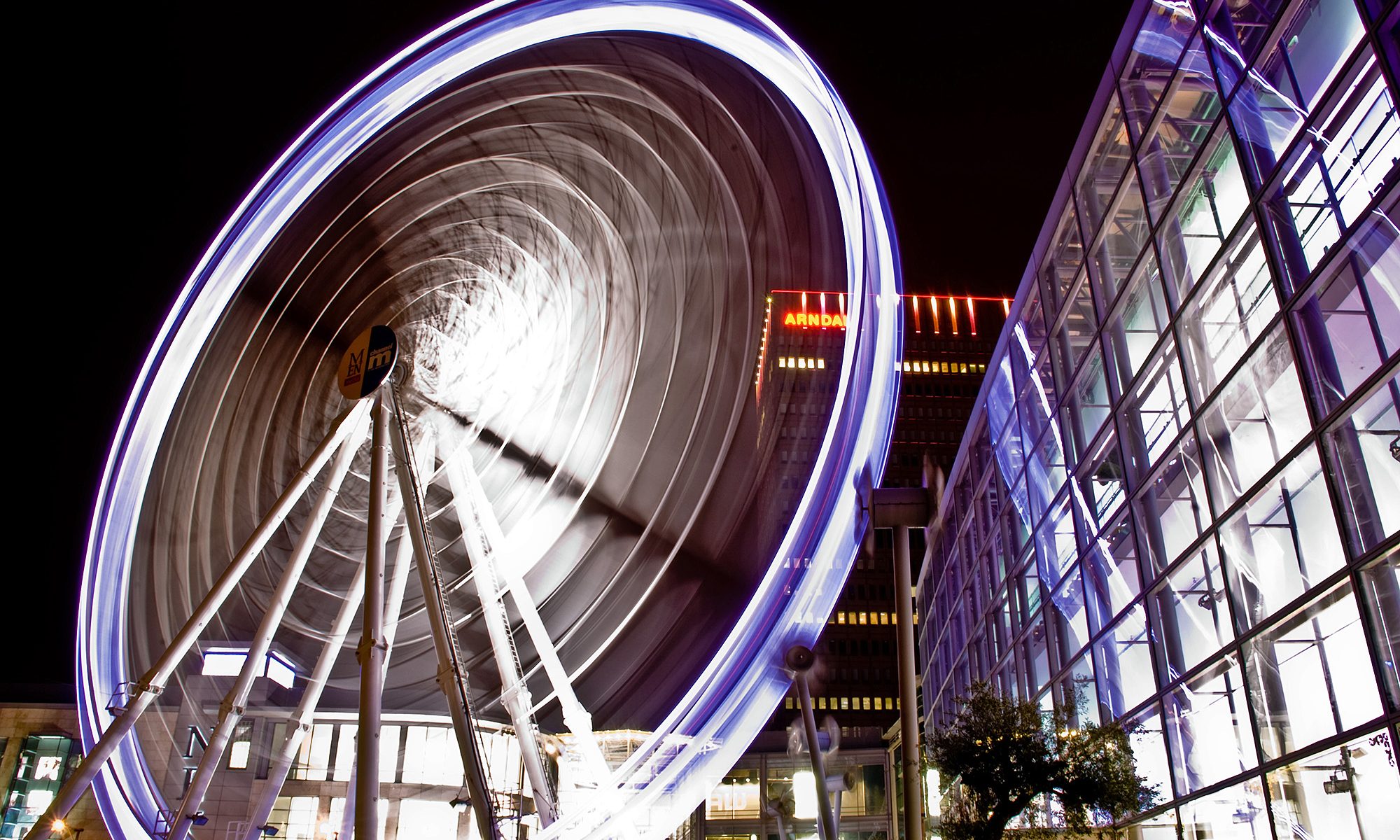 After taking a photograph of the Manchester Wheel at night last month it wasn’t something that was on my list to photograph when I was out taking photographs with Cat and Kov but after some inspiration on Flickr I wanted to return andexperiment with some very long shutter speeds. The above photograph was an exposure of 94 seconds at an aperture of f/22. The wheel was obviously moving during this exposure, hence the blurring of the wheel itself. I am a little disappointed in the lack of detail in the light areas of the building but as far as I know it is almost impossible not to over exposure in certain areas on the capture like this one.