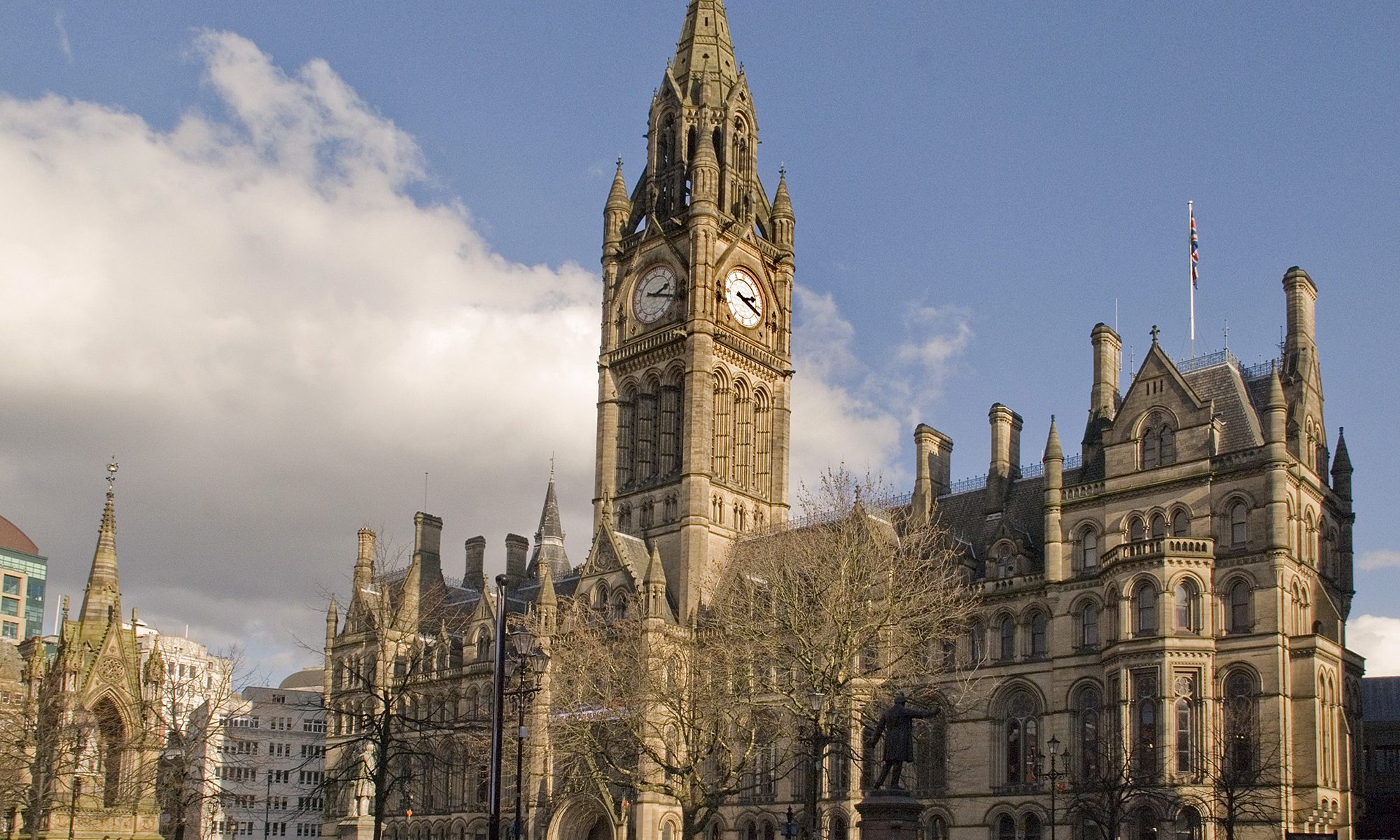 After the Chinese New Year parade in Manchester’s China Town I decided that I was disappointed with the pictures I had taken and wanted to take advantage of this nice weather. I have taken this view of Manchester’s Town Hall before, at different times of the day and year. I think this time of the year is the best, given the right day. In the summer the trees are fuller and covered with green leavers. This makes Albert Square look more attractive but doesn’t help me capture a photograph of the town hall itself. Manchester’s Town Hall was completed in 1877 and is a fantastic example of Victorian Gothic revival architecture. If you are interested, this photograph was taken from the top of the red post box in the corner of Albert Square, sitting on it gives a slightly higher view point, which is an advantage as you see over the roofs of the major of the cars and taxis parked in the foreground.