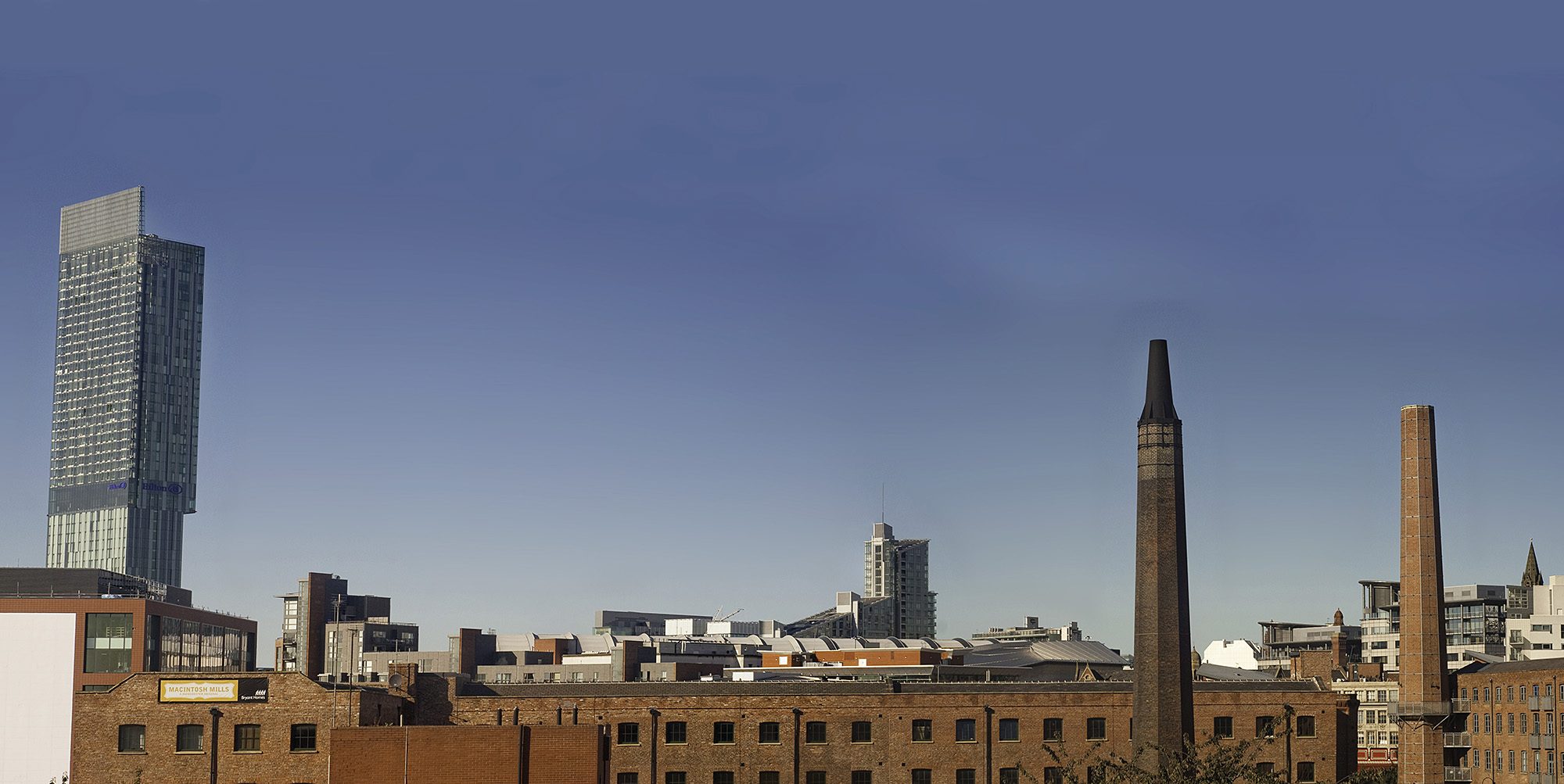 I have taken a number of panoramic photographs of the Manchester skyline. This is a view that many of you may have seen before, but usually at sunset and mainly zoomed in on the Beetham Tower / Hilton Hotel on the left side of the frame. The two chimneys on the right side of the frame are from the old Dunlop and Macintosh factories that have now been converted into apartments. You can also make out the roofs of the Bridgewater Hall and Gmex Conference Centre as well as the Great Northern Tower apartments in the middle of the picture. This will be my skyline photo of 2008 and an update to the 2007 version which you can see below. Below was the view from where I lived two years ago and above is the current view from my bedroom window.