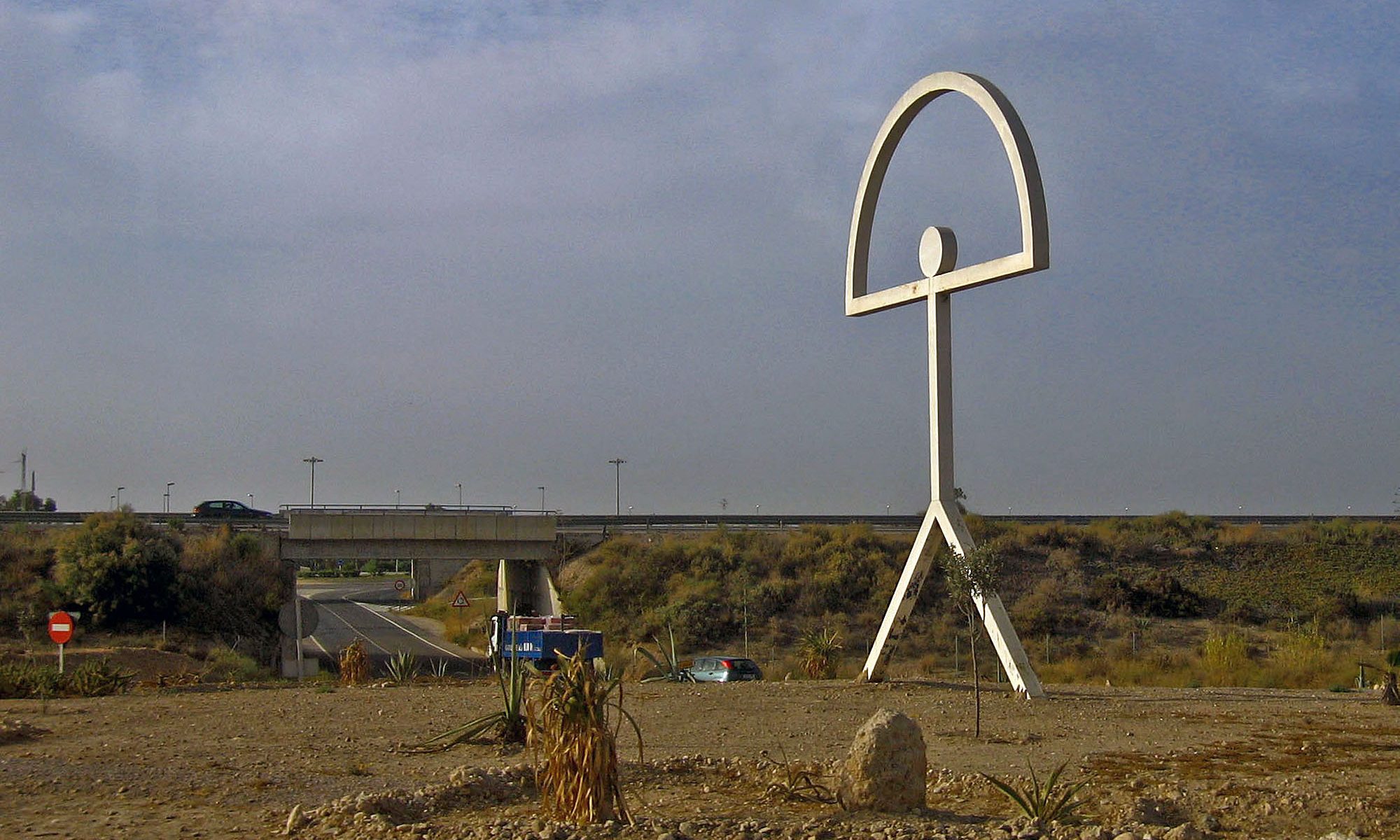 Travelling back to the Airport in Almeria, Spain last week I saw this statue in the middle of a roundabout. I quickly grabbed my camera and took a couple of photos. Not bad, for the fact it was taken through a moving coach window. The Indalo is a prehistoric “magical” symbol that was originally found in the cave of “Los Letreros” in Velez Blanco, Spain. It has been customary to paint this symbol on the front of houses and businesses to protect them from evil and is considered to be a god totem. It is meant to be good luck to be given this symbol as a gift but bad luck if you buy one for yourself. They have hundreds of these symbols around the area of Spain I visited ranging, from stickers on backs of cars to little statues to key rings.