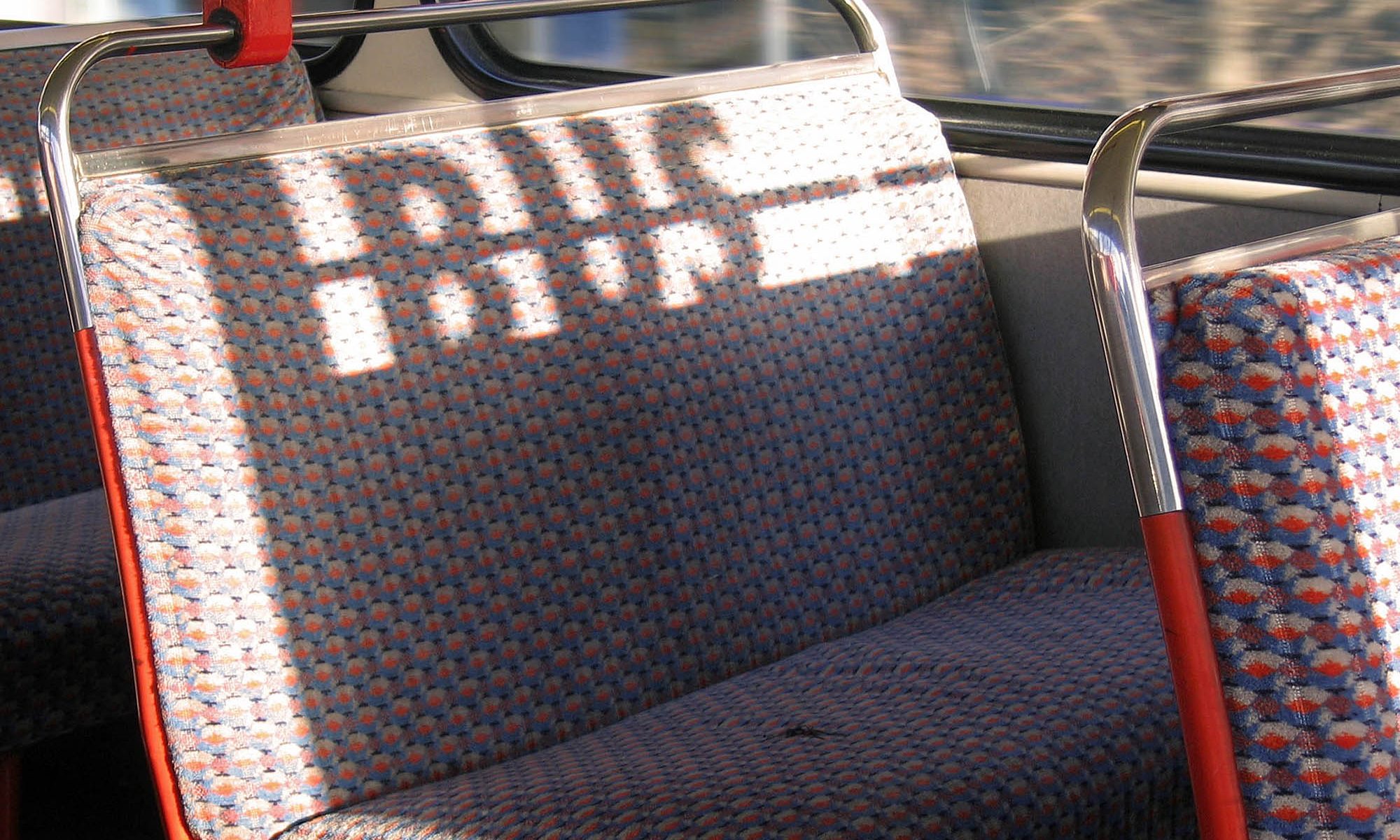 Today I didn’t want to take the SLR camera out so I pocketed my compact on the way out to the gym. Whilst on the Magic Bus travelling from the centre of Manchester out to Didsbury I turned around to see this interesting shadow cast onto the seat. As the bus turned corners the shadow (which was cast from the “Magic Bus” lettering on the glass wind-screen on the front of the bus) moved along the seat. Some of the time it said “magic” and occasionally it said “bus”. I was originally going to show you the picture of the seat with the “magic” shadow because I thought that it was magic that I had actually spotted it in the first place but in the end I scrapped that idea and went for the simple “bus” shadow instead.