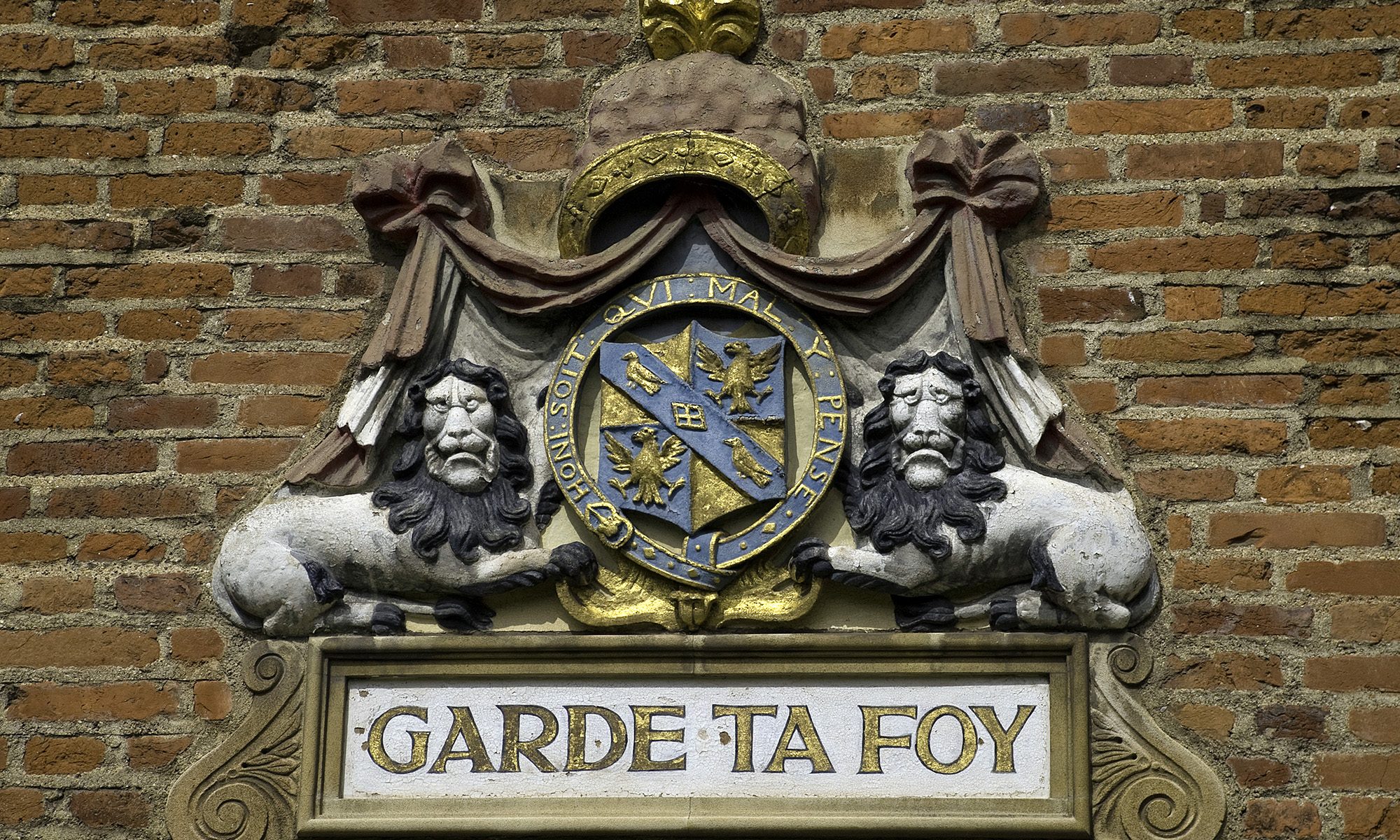 Garde Ta Foy is Old French for “Keep your faith” and is the moto of Magdalene College, Cambridge. The above photograph was found above a doorway on one of the College buildings on my day walking around the city with my camera a few years ago. This college was originally founded as a hostel for monks in 1428 and later became Buckingham College. The name was changed after the executions of two Dukes of Buckingham.