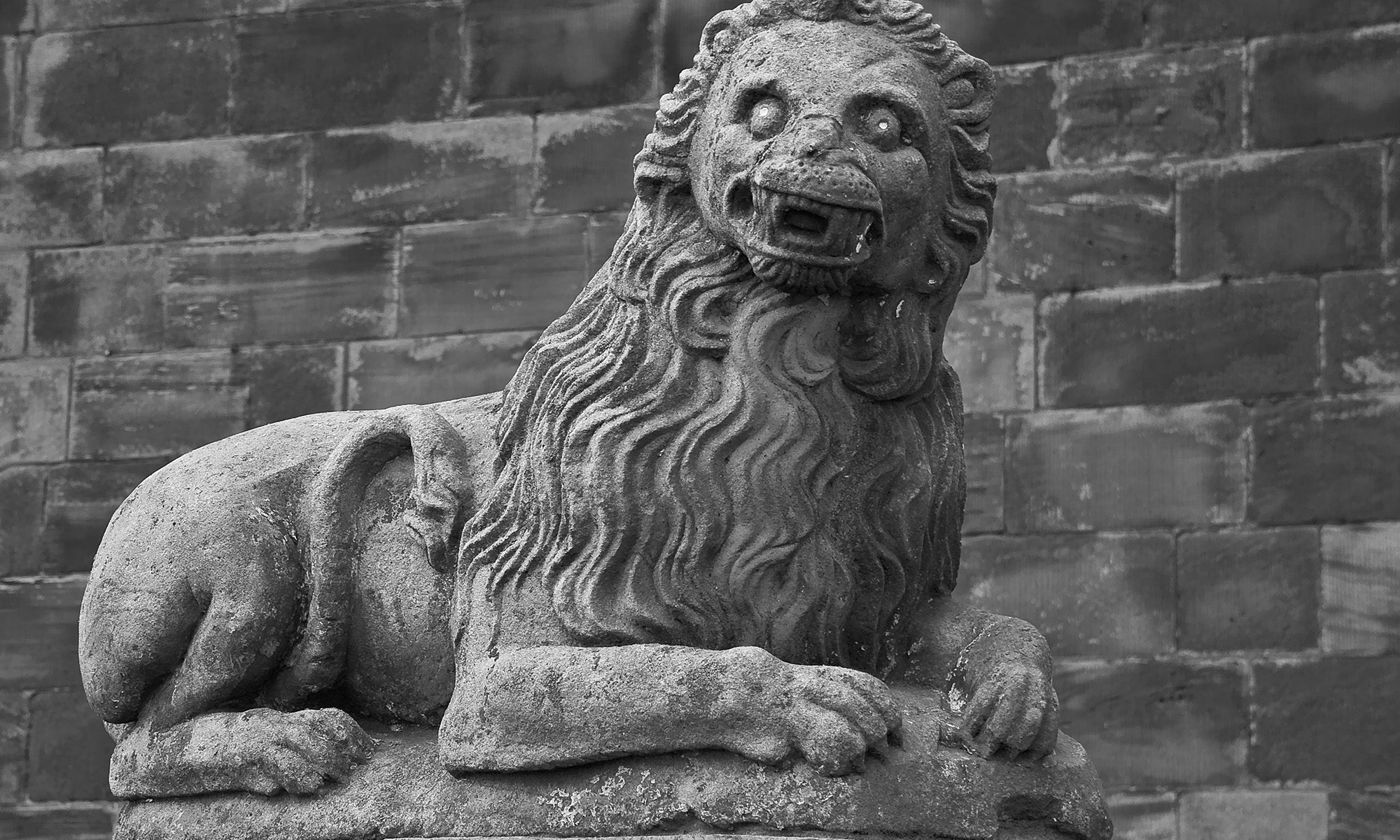 Originally, this was planned to be my Halloween photograph for yesterday’s post. However, it turns out the pumpkin took its place. The above image shows a statue of a lion that was found at the front gate of a house where the famous L. S. Lowry stayed on his annual holiday here in the 1930’s. I took the photograph on my way up to Scotland along the east coast of the country. I wasn’t particularly impressed with Berwick-upon-Tweed as a town for photographic beauty. However this statue and its twin were very interesting to me. The lions date back to 1807 and were referred to as “The Pot Lions” by Lowry himself. The two statues, although similar are not identical. The one pictured above is one the left of the gate and is particularly demonic. Personally, I feel this is because of the open mouth and white eyes.