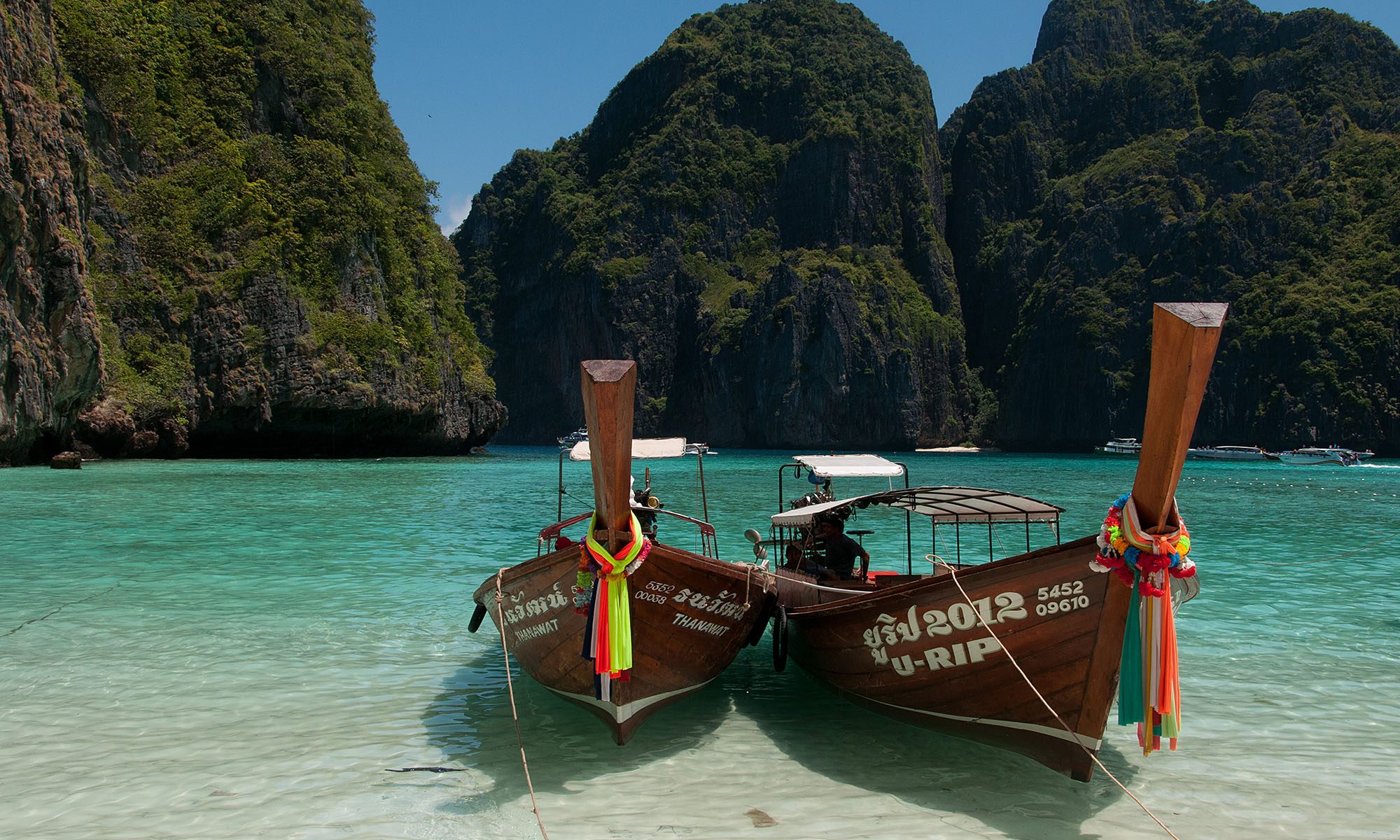 Ko Phi Phi Lee is an island in the Krabi province of Thailand that has always been popular for diving. In 2000 it was the setting for the film “The Beach” starring Leonardo DiCaprio and now attracts hundreds of tourists every day. The island consists of a ring of steep limestone hills (as you can see behind the two long tail boats). It is only in the morning that the tide is high enough for boats to come into the bay. The photograph above was pretty difficult to get with the volume of people on the beach (see below) and you can see a few large speed boats in the bay where people were snorkelling near the small coral reef. Below is the view directly to my right as I took the above photograph. This was the most popular beach I have visited in the area. Thankfully I was only there for about half an hour before I went on to my next location. Note that this is the quietest time of the year.