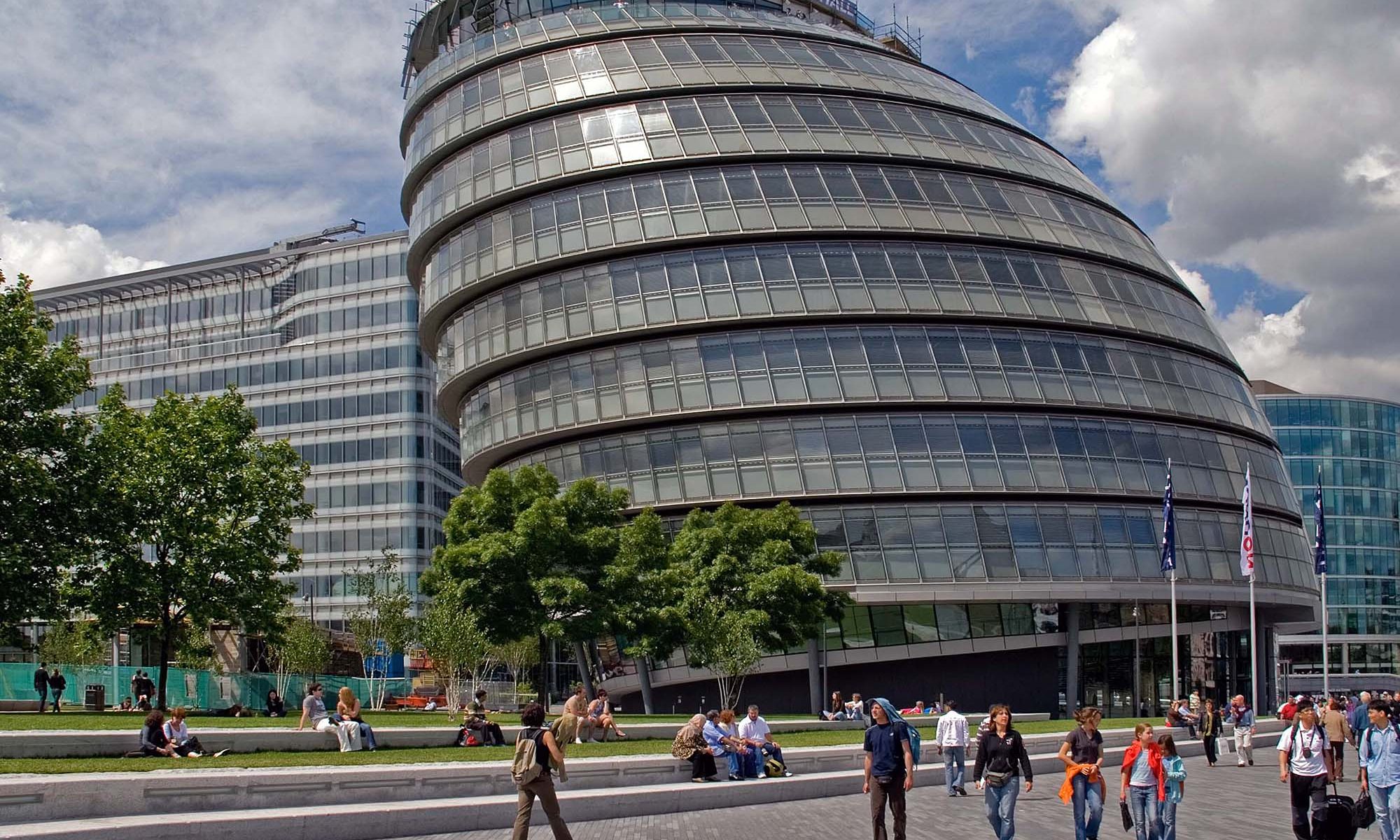 When I am in a famous city or location to take pictures I would never walk past a building like this and not take its photograph. To be honest, the first time I saw this building last January I thought it was trendy offices. Surprisingly it is the headquarters for the Greater London Authority and the Mayor of London. As you can see in the photo it has a very unusual shape, being compared to everything from a misshapen egg to Darth Vader’s helmet! Even the Major of London Ken Livingstone referred to it as a “glass testicle” and he works there. It was designed by Norman foster and opened in July 2002.

Its strange for me to think of what Manchester’s own “City Hall” looks like. Is Manchester’s Town Hall basically headquarters for Manchester city council, and thus Manchester’s equivalent to this building in the photo above? Because if so I think I prefer our town hall to this building. It’s only interesting feature to me is that it has a 500 metre (1,640 foot) helical walkway, similar to that in New York’s Guggenheim Museum which ascends the full height of the 10 story building. If it helps you get a better idea of this buildings location, as I stand to take this photograph the view directly behind me is Tower Bridge.