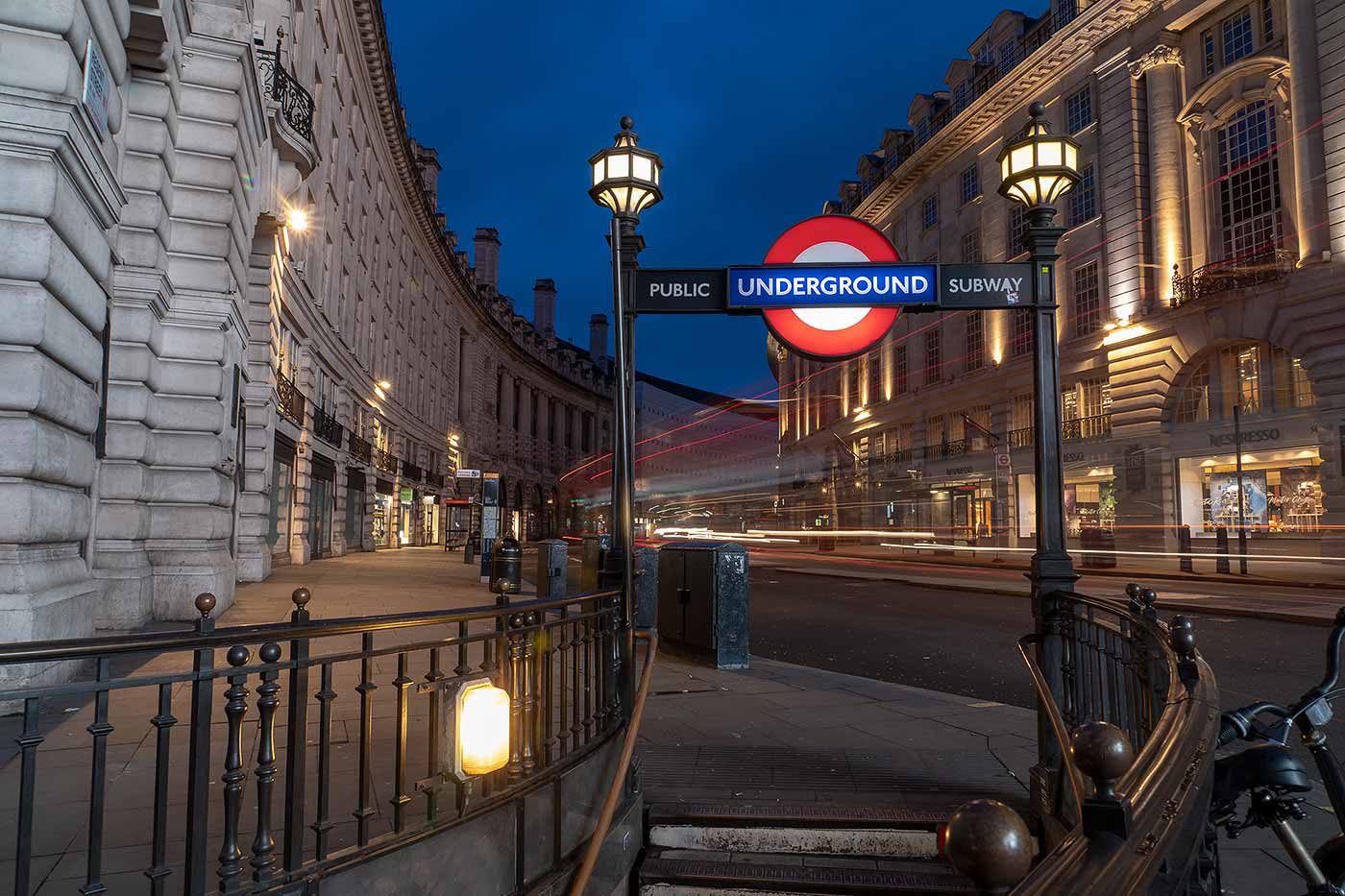 I had planned to photograph Piccadilly Circus at dawn, with as few a people around as possible. The lights from the advertising were so bright it was impossible to capture what I had in mind. So I ended up wondering up and down Regent Street looking for ideas. This iconic London Underground sign stood out. The steps lead down into Piccadilly Circus underground station. Waiting for buses to pass gave me the chance to capture some light trails. This isn’t what I wanted, as the light trails are a bit faint. This is due to the light from the advertising behind being so bright. You can see the building on the left lit up from them.