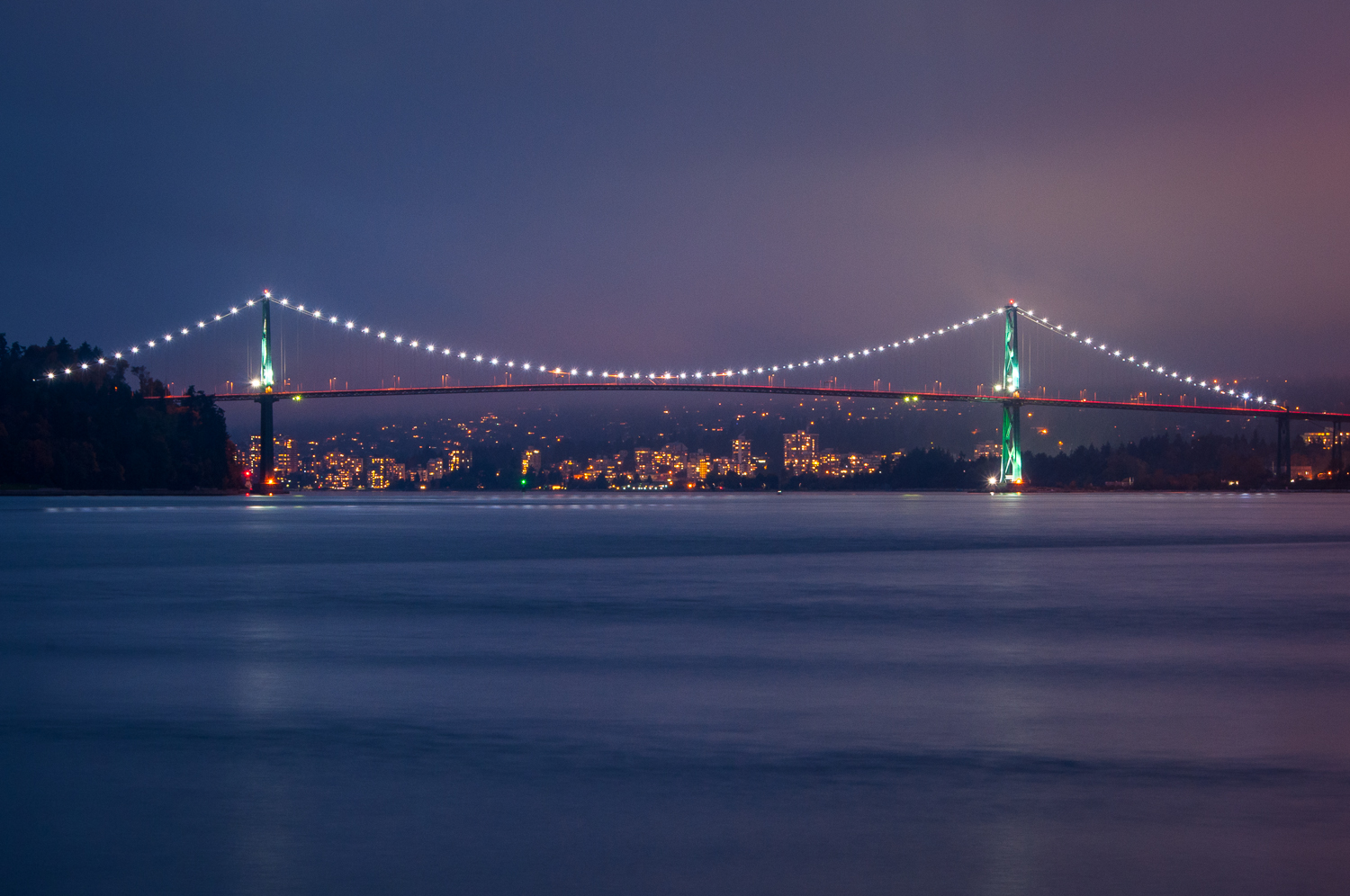 Whilst much smaller than the Golden Gate Bridge this is probably one of the more picturesque suspension bridges in Canada. Opened in 1938 I think of it as Vancouver’s Golden Gate, though it isn’t the same colour. This photograph was taken from Brockton Point on the far east side of Stanley Park. I had spent the whole day walking along the 9 kilometre seawall around Stanley Park. Having seen the Lions Gate Bridge from almost every angle on the south side this is in my opinion the best view point. It is a shame that the clouds have been so low. On the other side of the bridge is the district of West Vancouver.