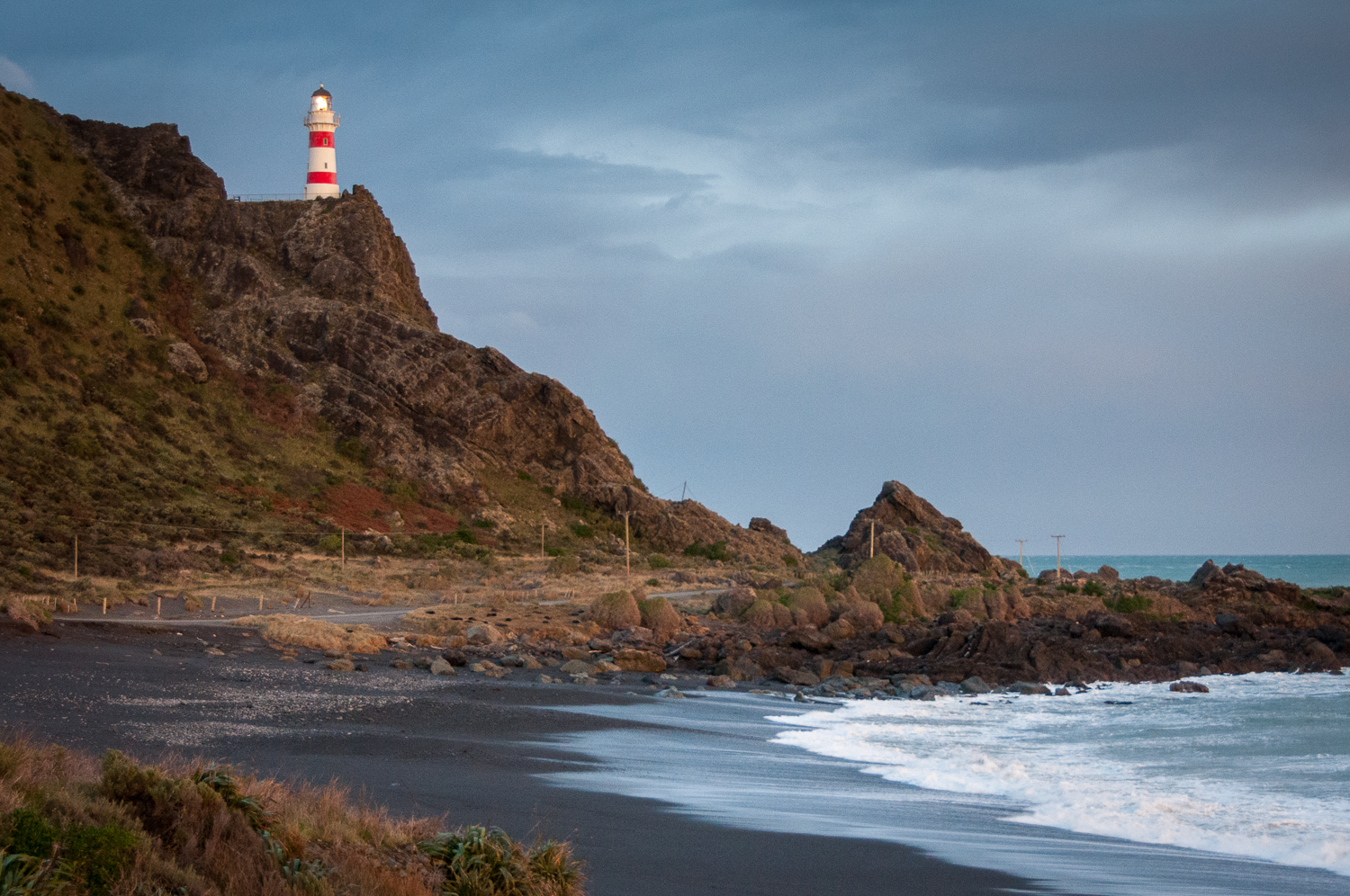 This is an area of New Zealand that I knew nothing about. It’s a very remote place at the southern tip of the North Island. As you can see from this early evening photograph of the lighthouse it’s a very dramatic coastline. When I was there it was July (so mid winter) and it was extremely windy. I live in Wellington which is known as the windy city (much like San Francisco in the US) but this area was the wildest place I’ve ever visited. At one point my heavy 3kg+ tripod was picked up by the wind and thrown about 5 metres! Whilst this was being taken I was holding onto my gear very tightly. Cape Palliser is also known as a large seal colony. You can see the unsealed road just behind the beach and if you look very closely at the area of brownish green grass on the left third of the frame the black dots are all fur seals. There are hundreds in this area, it’s New Zealand’s largest colony.