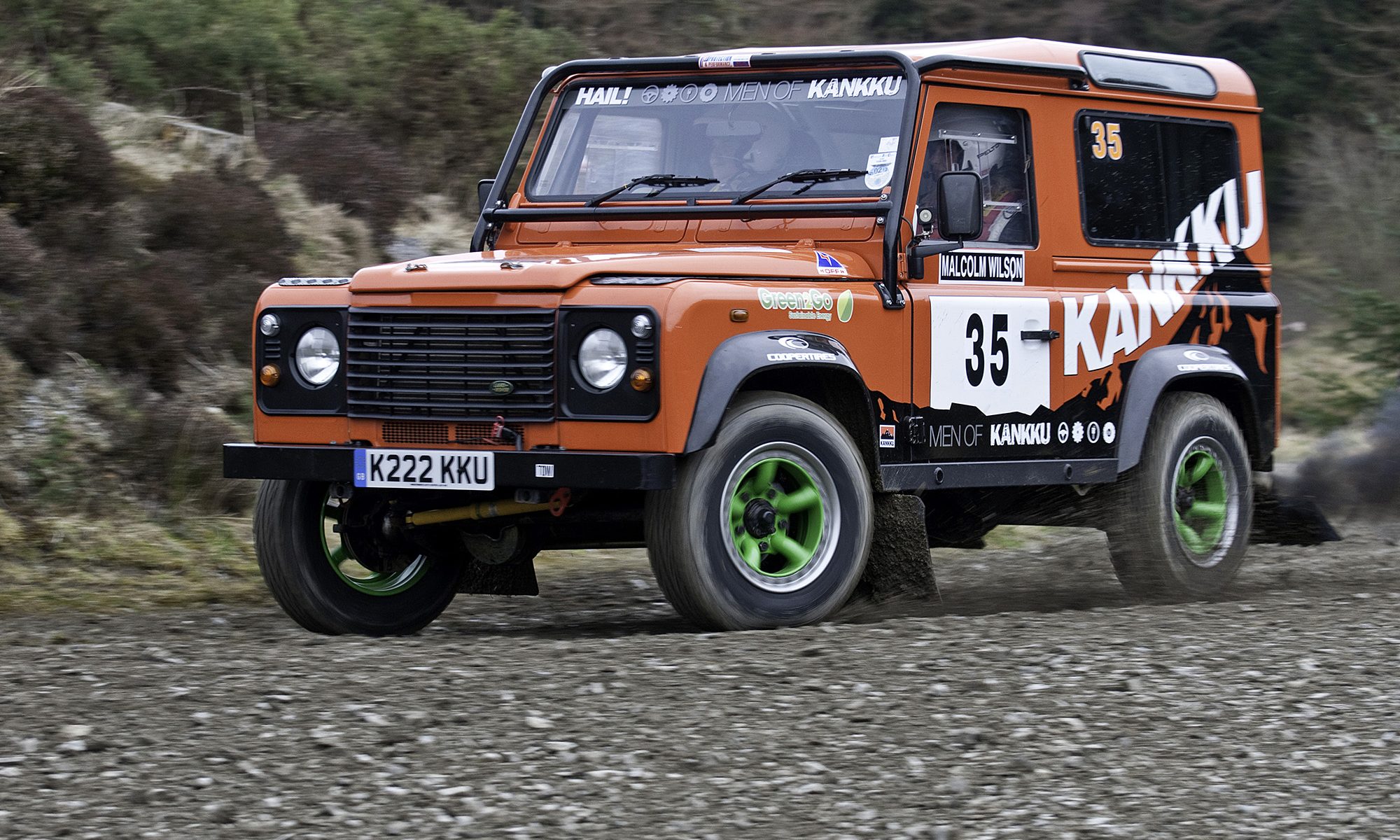 Being the third time I had photographed the Malcolm Wilson Rally I thought I knew what to expect. Getting there early and preparing my perfect place to stand only to be told “they’re doing it backwards this year mate”. Obviously this didn’t mean they were driving backwards, just that the course was being driven in the opposite direction to previous years. The second big surprise of the morning stage at Whinlatter Forest was seeing this Landrover Defender coming racing up the hill driven by Michael Dwan with Jane Clark as co-driver.