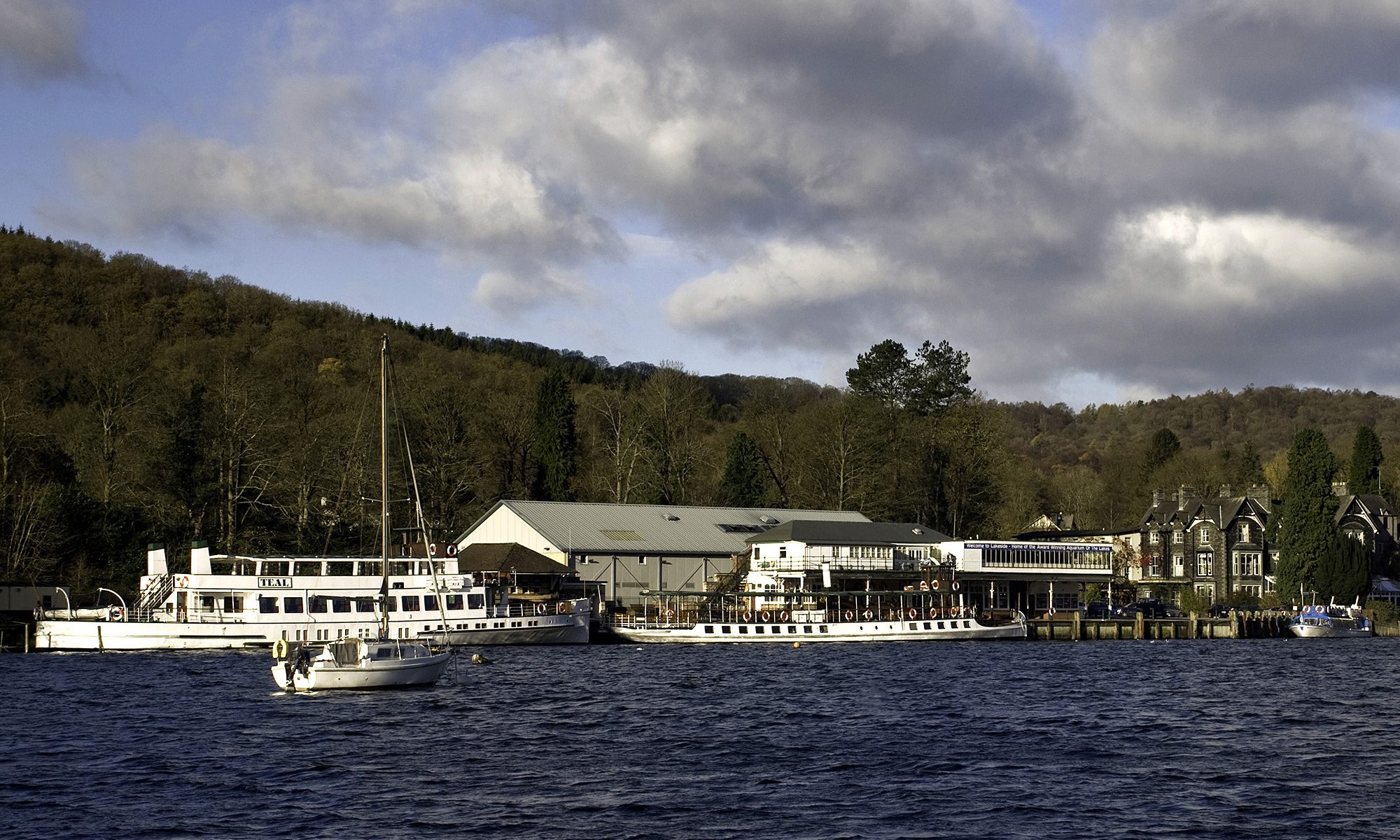 Taken only a couple of hours after sunrise on a cold autumn morning when the sun was low in the sky, the above photograph shows the MV Teal (1936) cruise boat in front of the Aquarium of the Lakes on the shore. As you can probably tell the light was coming from the left as I took this photograph and I was on the opposite shore in a boat yard. I used a zoom lens to get as close as I could and the way that the light is falling on the sides of the boats we can see made me want to take this picture.

Rather than using a tripod, here a monopod was used to support the camera. It would have been a better photo if I had used a graduated natural density filter over the front of the lens, this would have made the sky harder and kept the detail in the darker water, however using Photoshop I was able to create a similar effect that this type of filter would have. It is very subtle and so hopefully you can’t make out the post processing effects which have been applying in Photoshop.