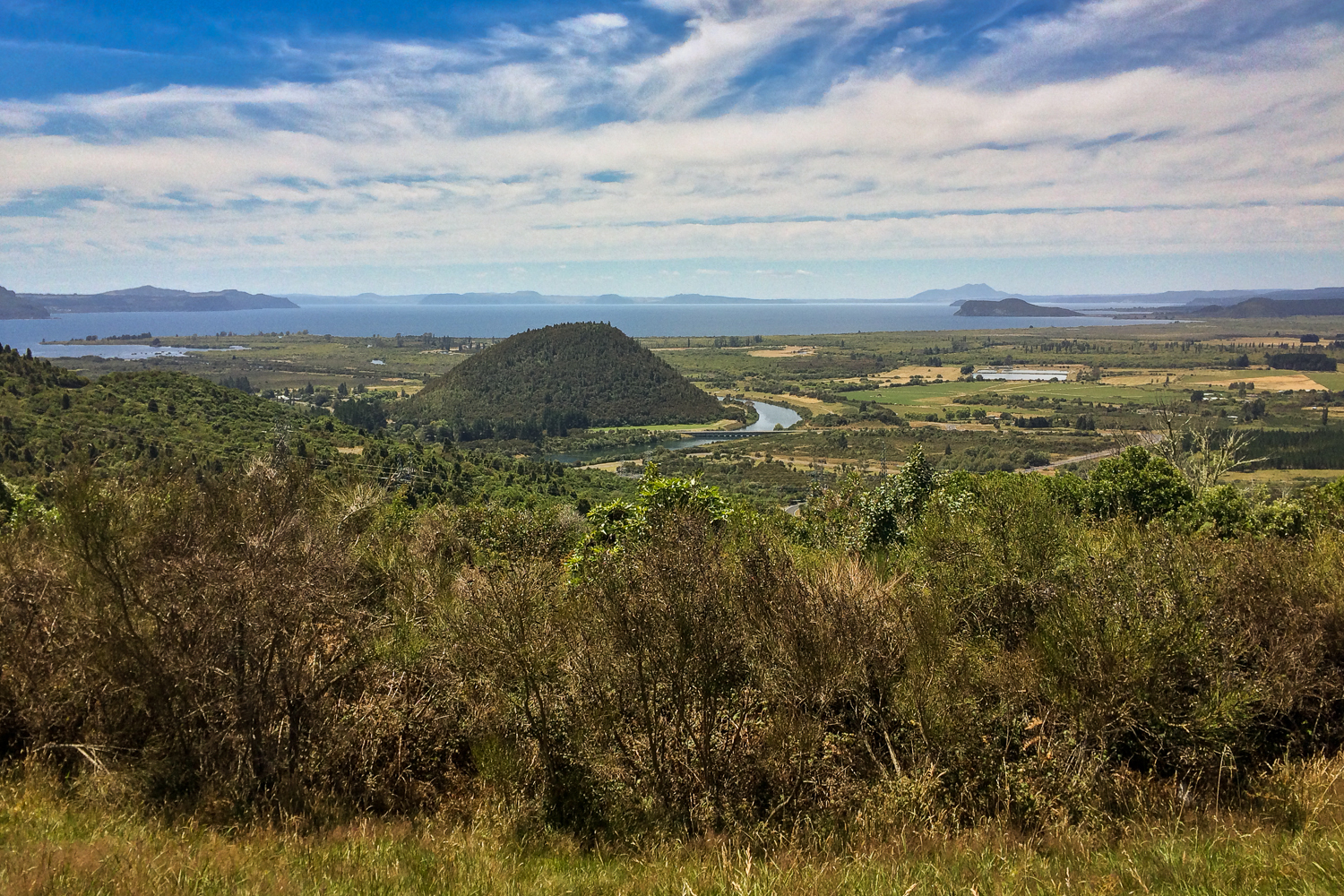 This is the largest lake in New Zealand, Lake Taupo. With a surface area of over 200 square miles it lies in the middle of the North Island, about half way between Wellington and Auckland. This is taken as we were driving up to Auckland as we regularly do. It’s taken from a viewpoint on highway 47 which isn’t our usual route we go but we were staying in Whanganui the night before. This is taken just west of Turing just after the Tongariro National Park. Were at the very base of Lake Taupo which isn’t the usual view. In the foreground here you can see a small hill which I have no idea of the name. Just off to the right is the small airfield of Turangi airport as well as the Tongariro river running around the mystery hill (if you know the name please let me know).