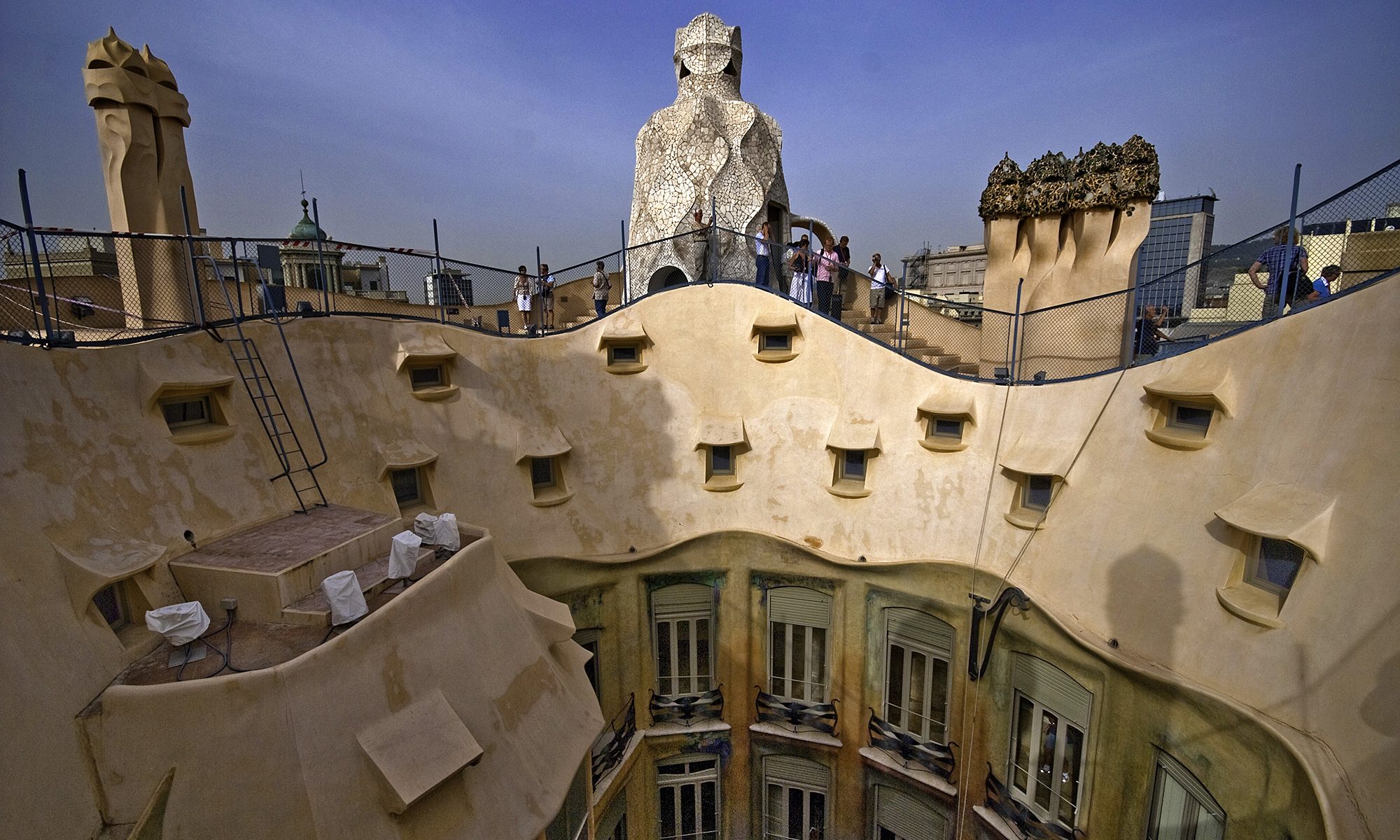 This is one of the best examples of Antoni Gaudi’s architecture in Barcelona. The building is officially called the Casa MilÃ  but is more commonly known as La Pedrera, which is Catalan for “The Quarry”. For a building completed in 1912 this scene shows just how contemporary Gaudi’s design really was. This photograph was taken looking down the central Atrium. I used my super wide angle 10-20mm lens to get as much of the roof and atrium in the image as possible, to give you an idea of what I saw when I was stood on La Pedrera’s rooftop.