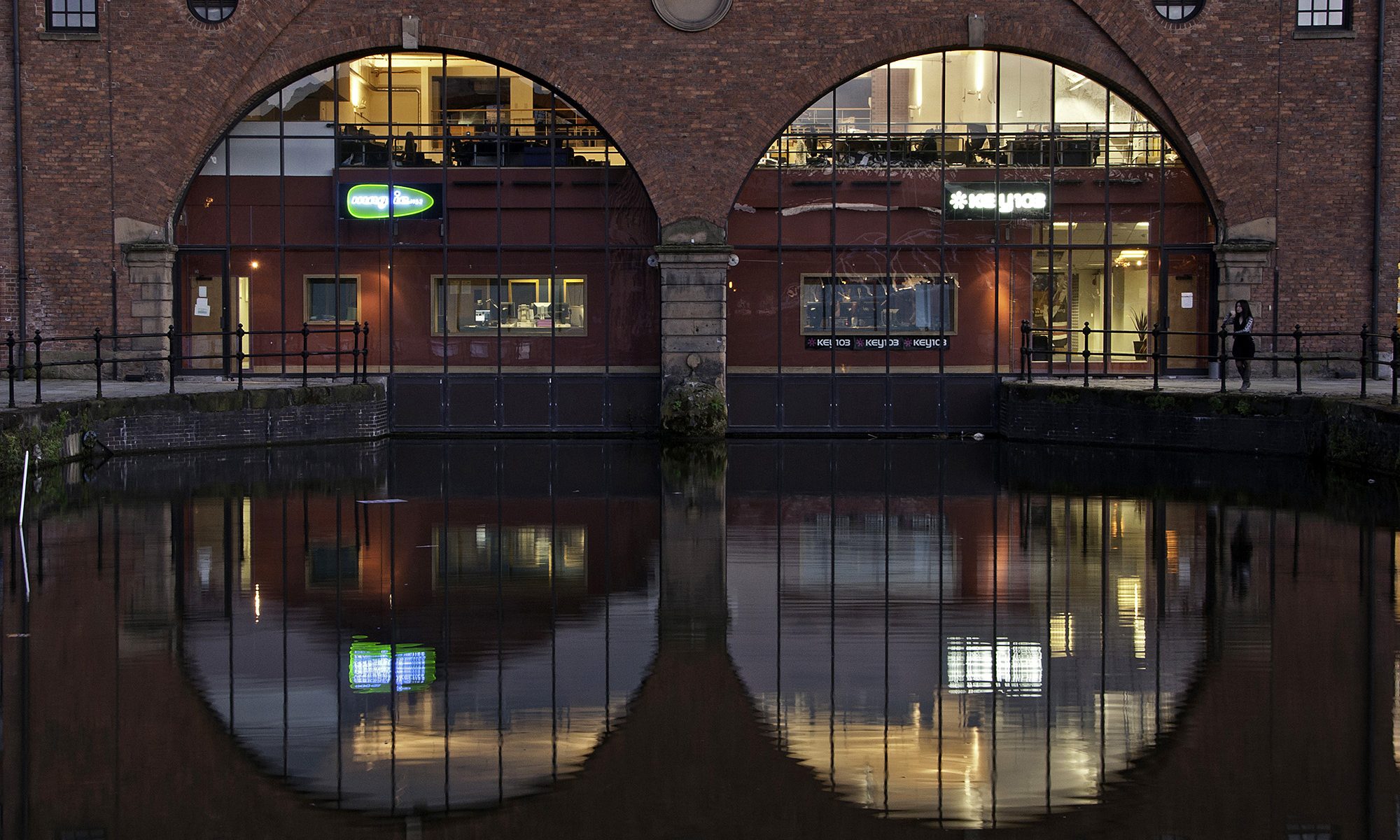 Key 103 is a local radio station in Manchester that I used to listen to when I was growing up. The studio you can see through the right window is where they broadcast from. On the left is Magic FM’s studio. This was taken in late afternoon in the very picturesque part of Manchester’s city centre called Castlefield. Being a Friday after 5pm there were many people around enjoying the sunshine and a cool drink after a week at work. I thought the reflection was worth including in the above capture as I liked the curved shapes.