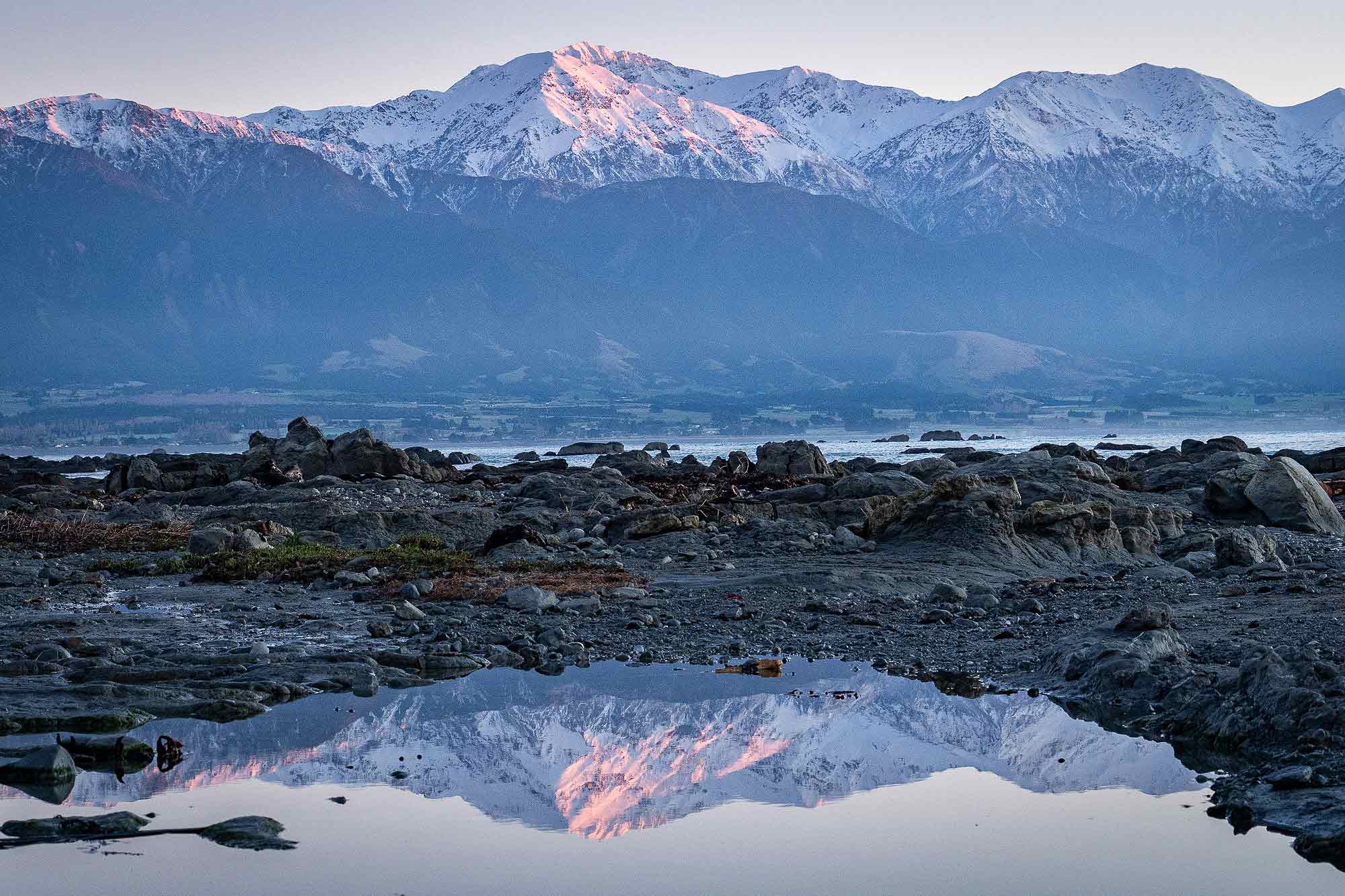 Kaikōura is a small town on New Zealand’s east coast of the South Island. It is famous for whale watching and seal colony. Both of which are popular with tourists. It’s also famous for the 2016 Kaikōura earthquake which cut off train and vehicle access to the town. Exploring the rocky coast around Point Kean Viewpoint, I was looking for Seals to photograph. It was dawn and the sun was rising but the seals were few and far between. Seeing the pink hues that the light from the sunrise was casting on the Kaikōura Range, I wanted to capture this. So I started looking around for a pool of water. This rock pool in the foreground was only about a metre across. Getting on my knees and putting the camera almost on the surface of the water, I was able to capture the mountain range reflected in the water.