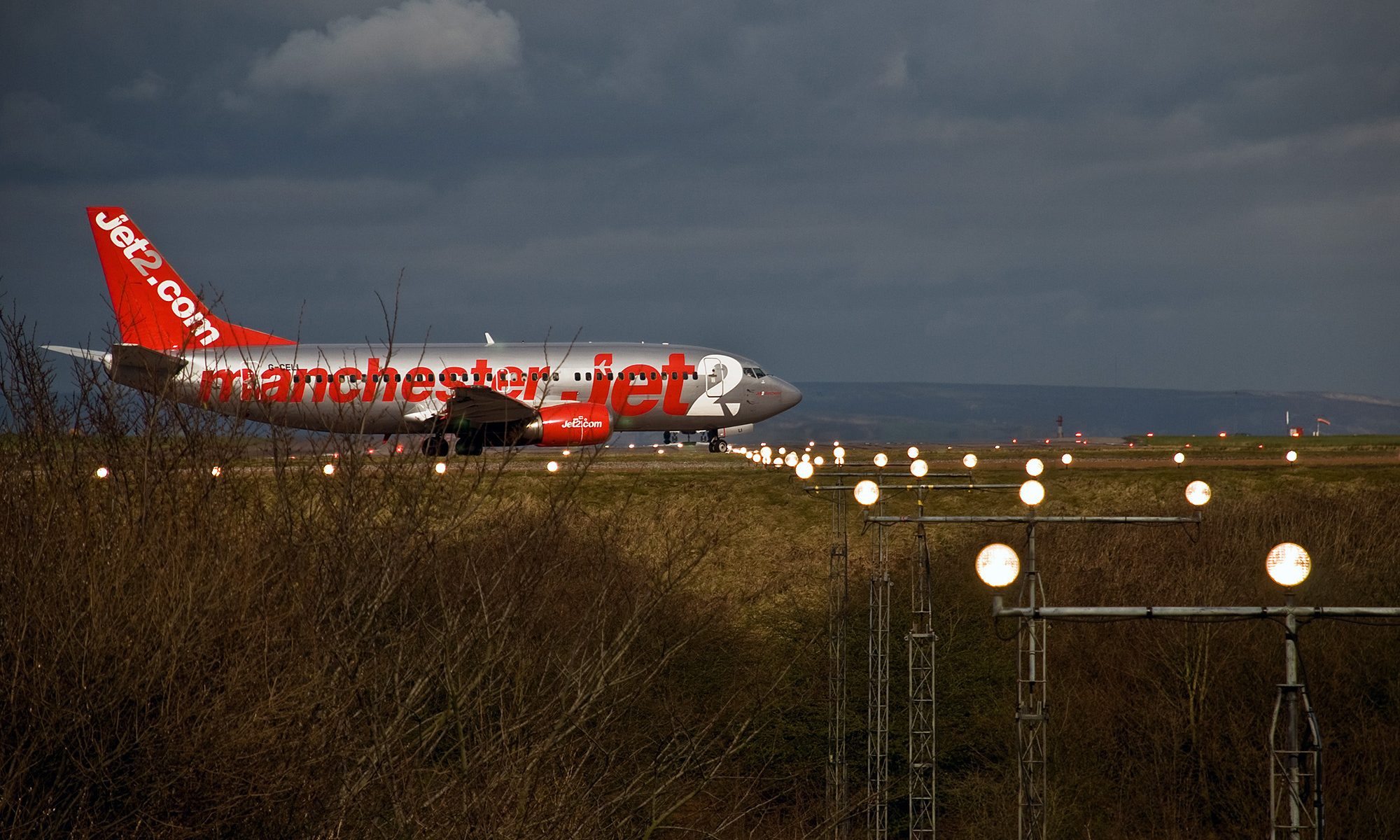 This is the 21st photograph of an aircraft I have published here on my site but for once I am not going to attempt to find out what type of aircraft this is. According to visitors I have named a couple of aircraft wrongly. So in future feel free to leave a comment if you know what this aircraft is. Taken on Good Friday’s bike ride, this time from the flat in the city centre out to the airport and around Mobberley. I stumbled across the end of the first runway where planes were landing and taking off. At first the camera stayed in the bag, but eventually both the sun and the camera came out, though only for a minute or two. This was the first photograph of the day and the reason I got the camera out of the bag in the first place. Dramatic lighting on planes with dark skies is something that just looks great in my opinion.