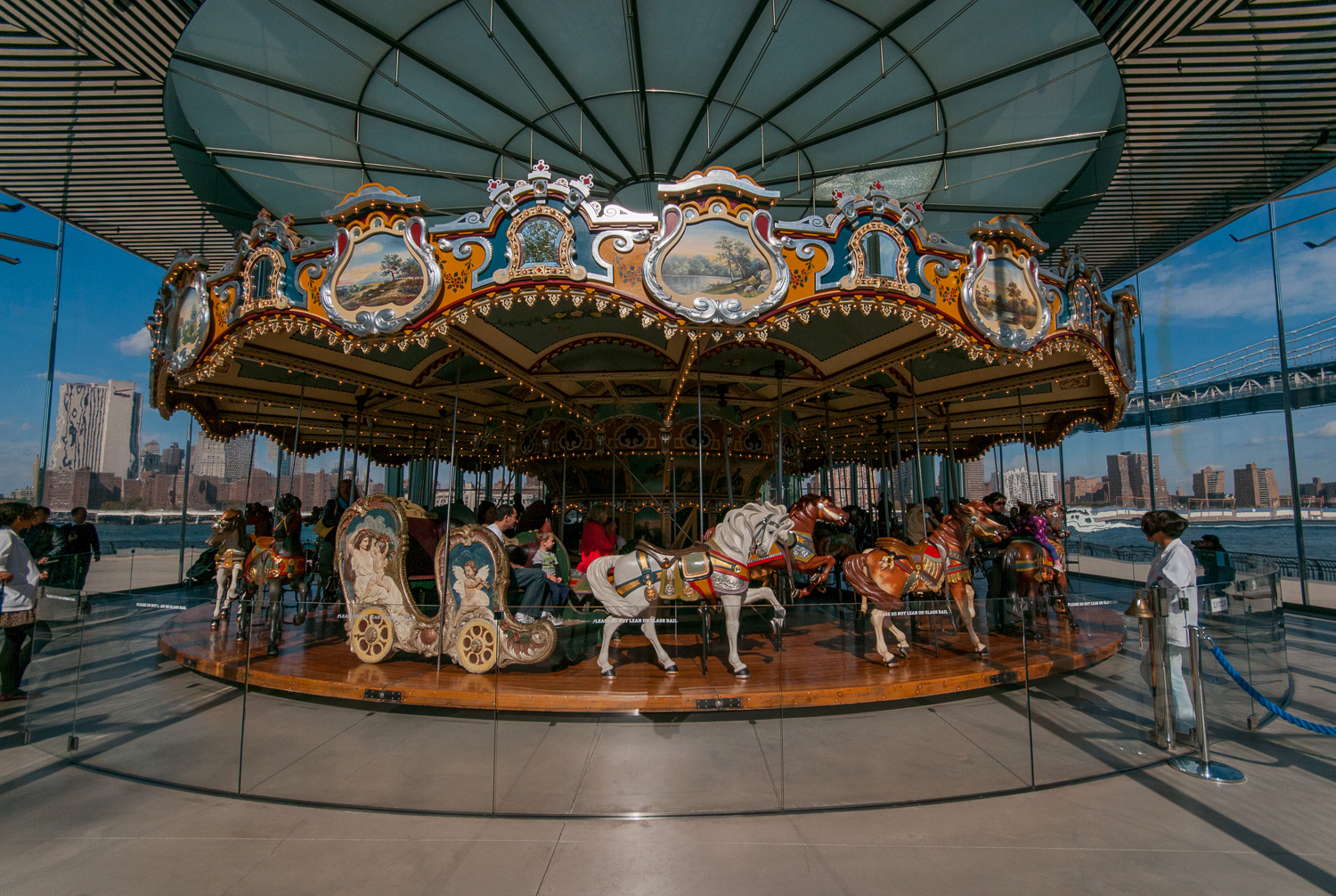 Formerly the Idora Park Merry-Go-Round this carousel was built in 1899. Sadly Idora Park closed in 1984. Fortunately all was not lost when Jane and David Walentas purchased at auction in the same year.  After moving it to their studio in Brooklyn they spent the next 26 years fully restoring each other of the 48 wooden horses. Since 2011 Jane’s Carousel has been installed in this modern Pavilian designed by architect Jean Nouvel. At first sight of this large square glass building on the banks of the East River I felt that it would distract from my New York skyline photograph that I had been planning for a long time. However on a closer look this is the most spectacularly restored Merry-Go-Round I have ever seen anywhere in the world.