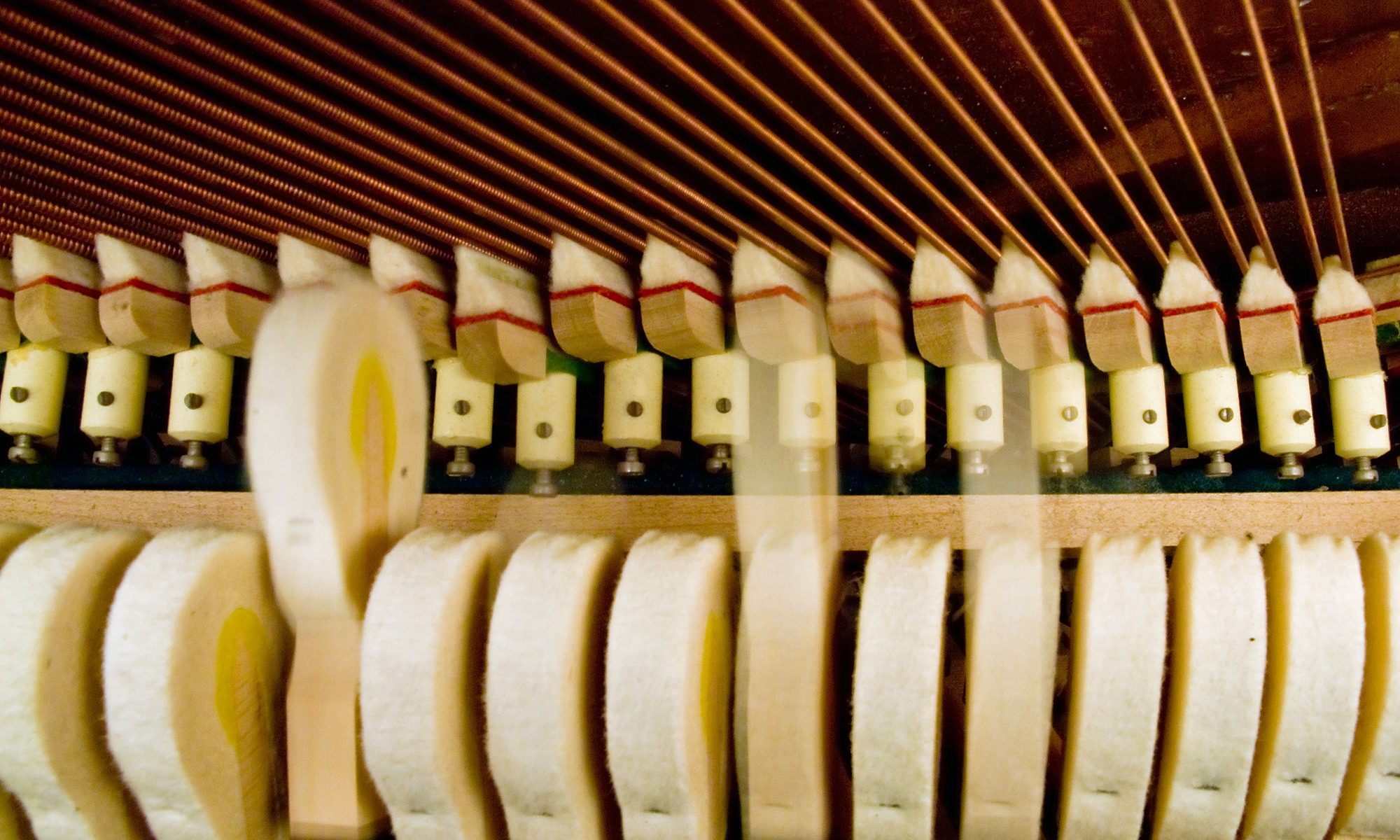 The above photograph is my attempt to record what happens when you open the lid of an upright or vertical piano (as apposed to a grand piano). The camera is on top of the instrument looking down inside, obviously it is a low light situation, but on a beautiful example like this one, I feel that it makes for an interesting image.

For a little background, I was at my cousins house (well my dad’s twin sister and her families house) on Sunday night for a meal. Due to a 2008 project on instruments I thought I would try and capture a few photos, because two of my cousins are very musically talented playing the piano, guitar, flute etc. Their piano was crying out to be photographed and I was looking forward to taking some great photos of it.

I was wrong – I never knew how hard it is to photograph instruments until I tried! Despite the fact that many of them are shiny and reflective, they are often awkward shapes. The above photograph was impossible to capture hand held because I found it required a tiny aperture of f/22 to keep maximum sharpness throughout the strings and due to the lack of light inside the piano, it ended up being a 30 second exposure time. Luckily my Gorilla Pod from Joby really helped me out and enabled me to rest the camera on top, but also frame the image exactly the way I wished.

Then I took the photo and it was rubbish – it lacked something, so I thought I would press a few notes (I would say play a few notes, but that implies I have musical talent or know how to play the piano and neither assumptions would be correct). When I took this photo with the hammers hitting the strings the vibration from the whole instrument moving caused my picture to be very blurred. So the above photograph is my third attempt, where I took a long 30 second exposure, but gently moved the hammers (by pressing the keys very lightly) but not enough to vibrate the strings, make sound or cause a lot of vibrations. This photograph represents one of the largest technical hurdles / problems I have had to get over in my photography recently. Whilst writing this I am already getting great ideas about how I could improve and retake this image and for me, this is what photography is all about.