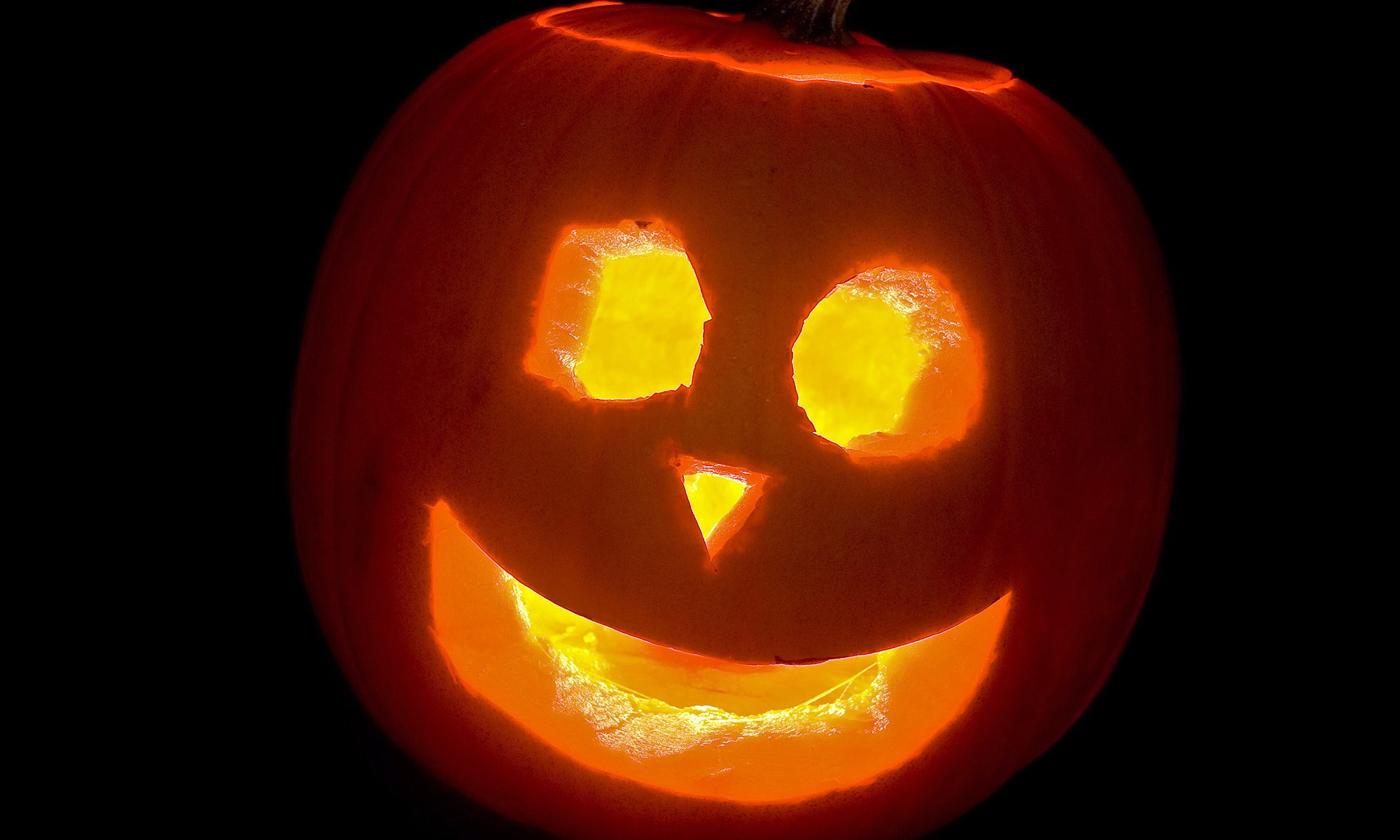 Last week whilst shopping in Asda I saw that they were selling pumpkins for 89 pence. I did have a few photographs ready to upload for Halloween but decided that a pumpkin would be the best thing to photograph especially for my readers. Personally, I have never called this a “Jack O’Lantern” but that is what the great Wikipedia thinks the above photo shows. To me this is just a Halloween pumpkin. Not being able to remember the last time I carved a pumpkin, it was tricky to know exactly what I was doing. The carving was harder work than I had expected, but overall the final result works well. To photograph this I had the camera on a tripod with the lights off. Putting the camera on P or programme mode and not having flash on obviously gave a long ten second exposure, which made the light from the candle shine nicely, but there was no detail on the surface of the fruit. So I used a new flash technique that I have discovered called rear and slow sync, where the camera fires the flash but also gives a long exposure, ultimately giving you the best of both worlds. I wish I had tried this with the sparkler shoots last weekend. I hope you all have a great Halloween.