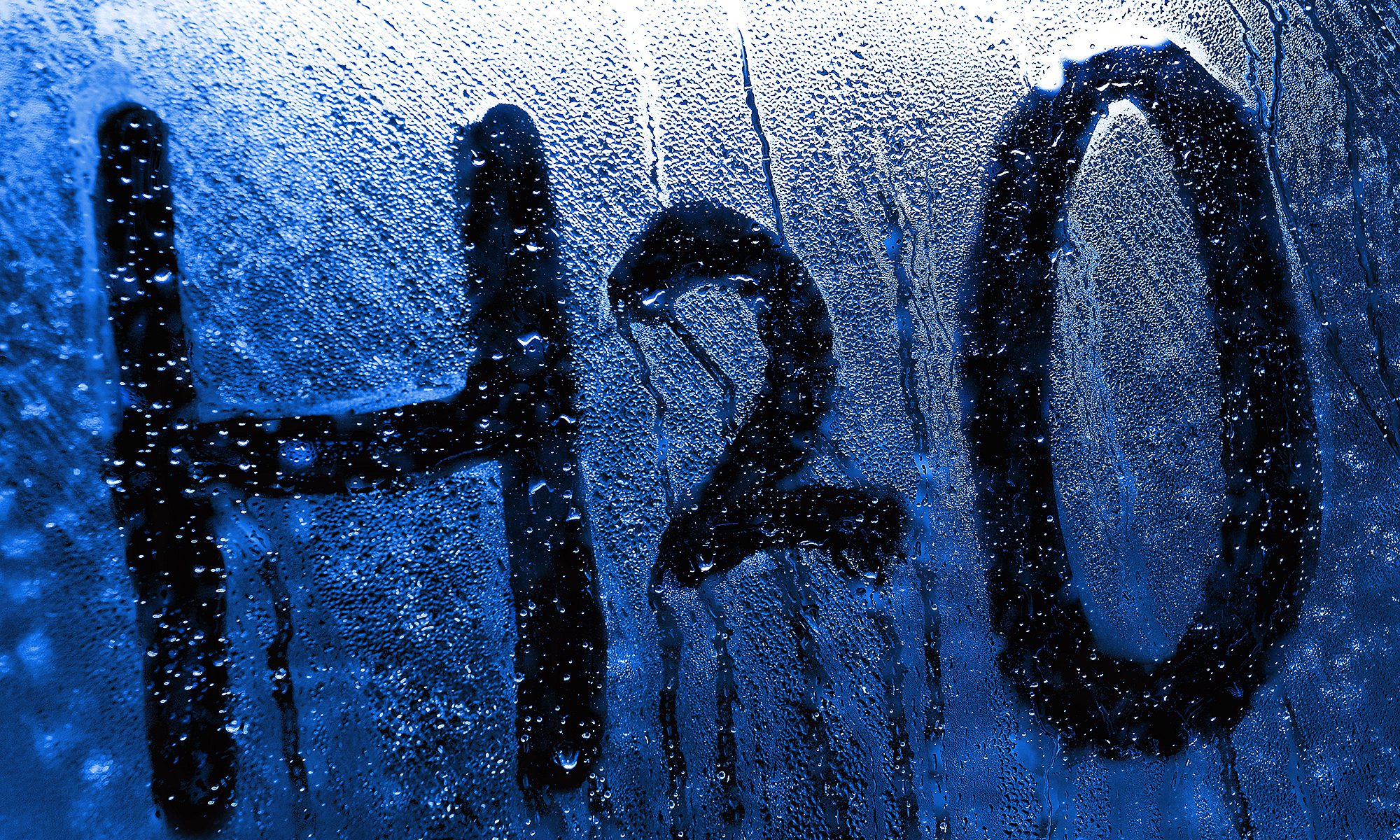 This has been one of my most success edits on a photograph yet. The original can be seen at the end of this post and the difference is amazing. Taken almost a year ago to the day this image came first in a local club competition and although it might not be one of my normal subjects for a picture, it does capture the exact message I was trying to get across.

Taken in my parents dinning room, I boiled a kettle next to a double glazed window with my camera mounted on a tripod. When the kettle had steamed up the window, I drew out the symbol of “H2O” in the steam. This is the major thing that bugs me about the picture, because the “2” should be lower, but I guess that’s just me being a perfectionist (I’ll retake it someday).

When the image was put on my laptop, I realised that there was a lot of greenery in the background which showed through the rain outside the window, the glass and the steam, tinting the picture green in parts. Not liking green water, I desaturated it in Photoshop to remove all the colour and make it a black and white image, the one you see below. After reading some Photoshop tutorials on the internet I figured out the “burn” tool and was able to darken the lettering, making it more obvious to the viewer. Just before entering it into the competition I was playing around the with Hue and Saturation adjustments and ticked “colourise” and the image turned blue. In my opinion this worked very well.