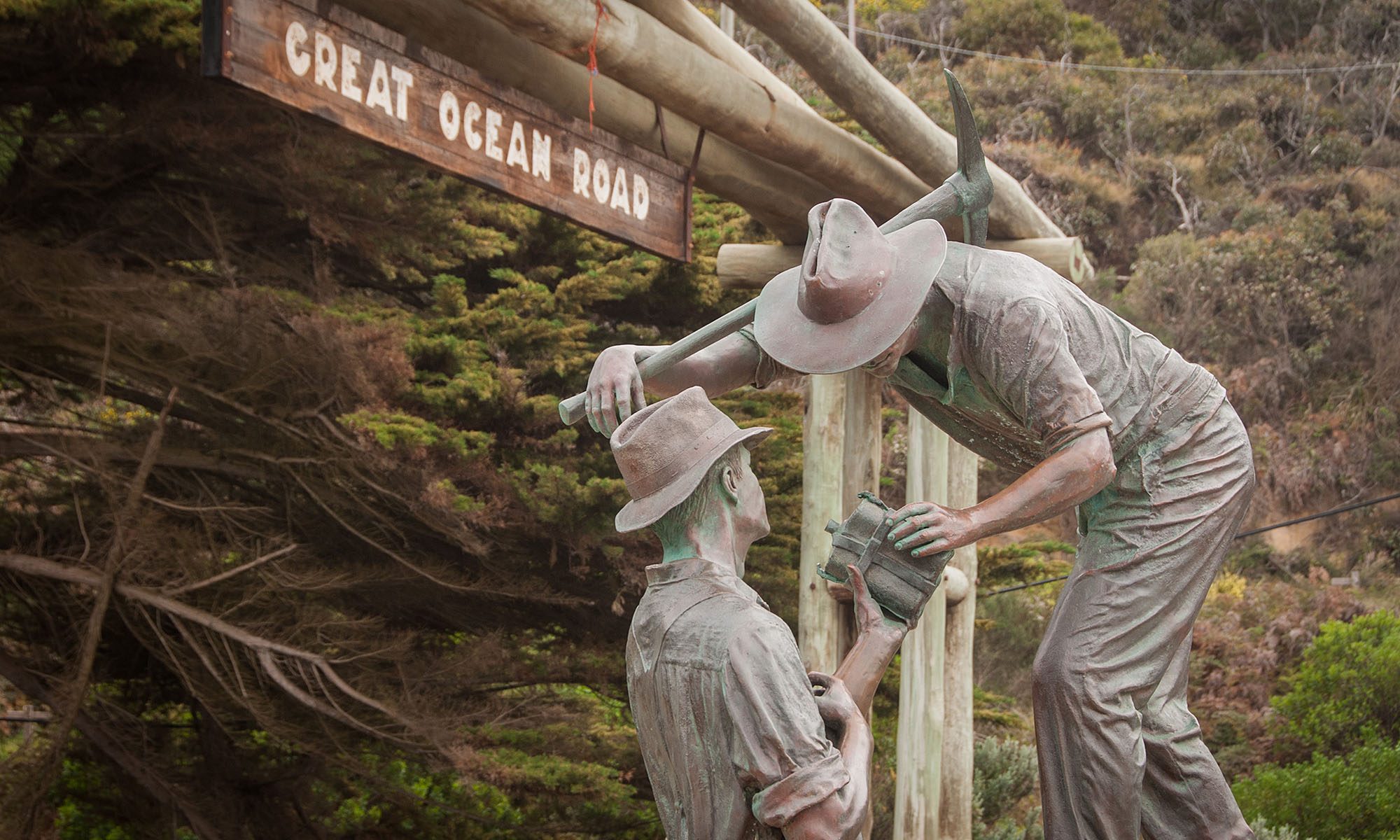 Built as a tribute to the workers who built the Great Ocean Road this statue and memorial arch in behind represents the great hardship these men endured. Threethousand Australian soldiers and sailors of the FIrst World War were employed to built this 151 mile stretch of road along the south eastern coast of Victoria. It was built between 1919 and 1932 in terrible conditions. So much so the road itself is the world’s largest war memorial; dedicated to the casualties of World War I.