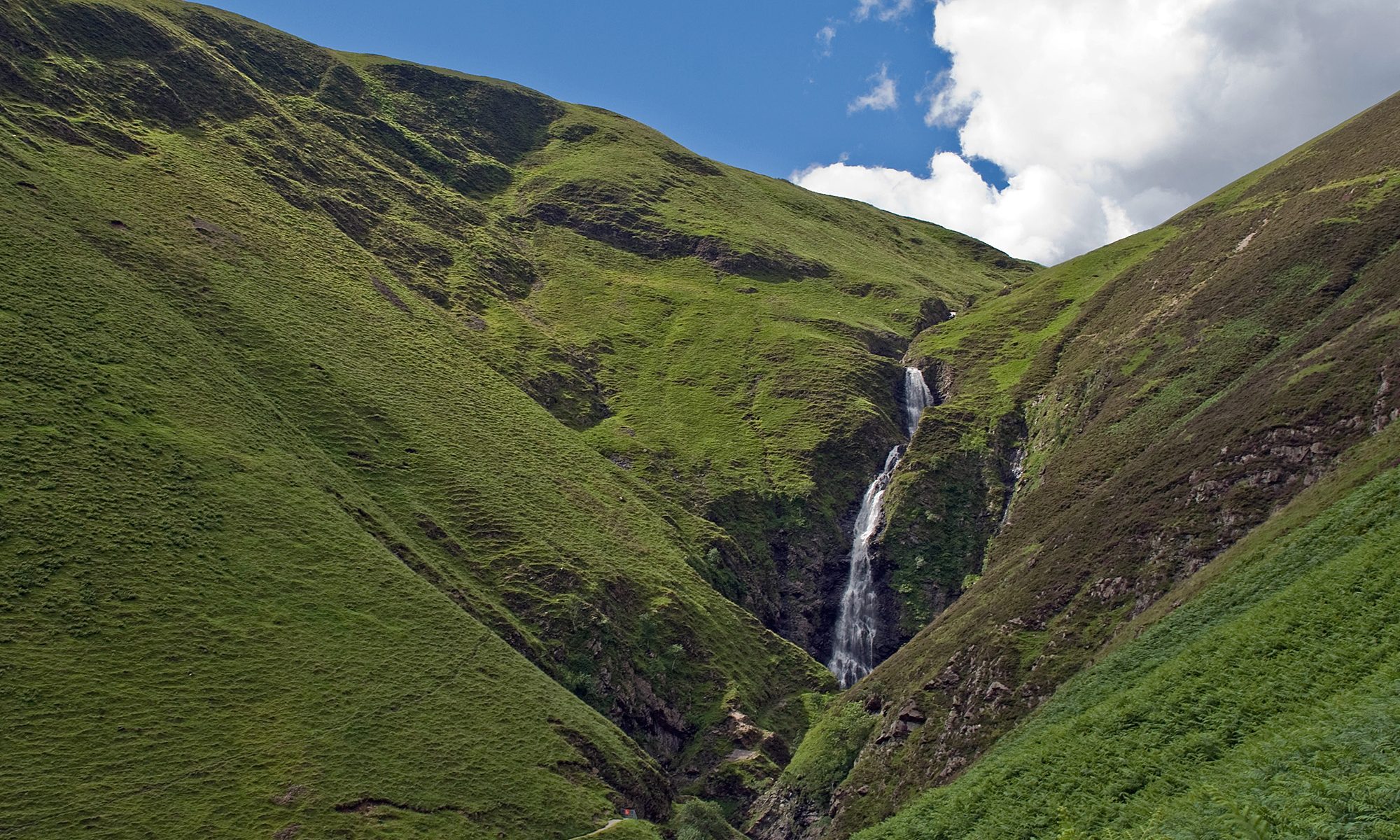 Gray Mare’s Tail turned out to be a waterfall. It sounded an interesting place on the map, but I never really expected a waterfall. From the above photograph you can’t really get a good idea of scale but the waterfall drops a spectacular 200 feet. If you click the image above to enlarge to the bigger version you will see a path at the very bottom and a small red dot. After I had taken this photo I walked back over the bridge and up to this red dot, which turned out to be a 2 foot square sign on a large gate. Hopefully that gives you a better idea of the size and scale of this waterfall.