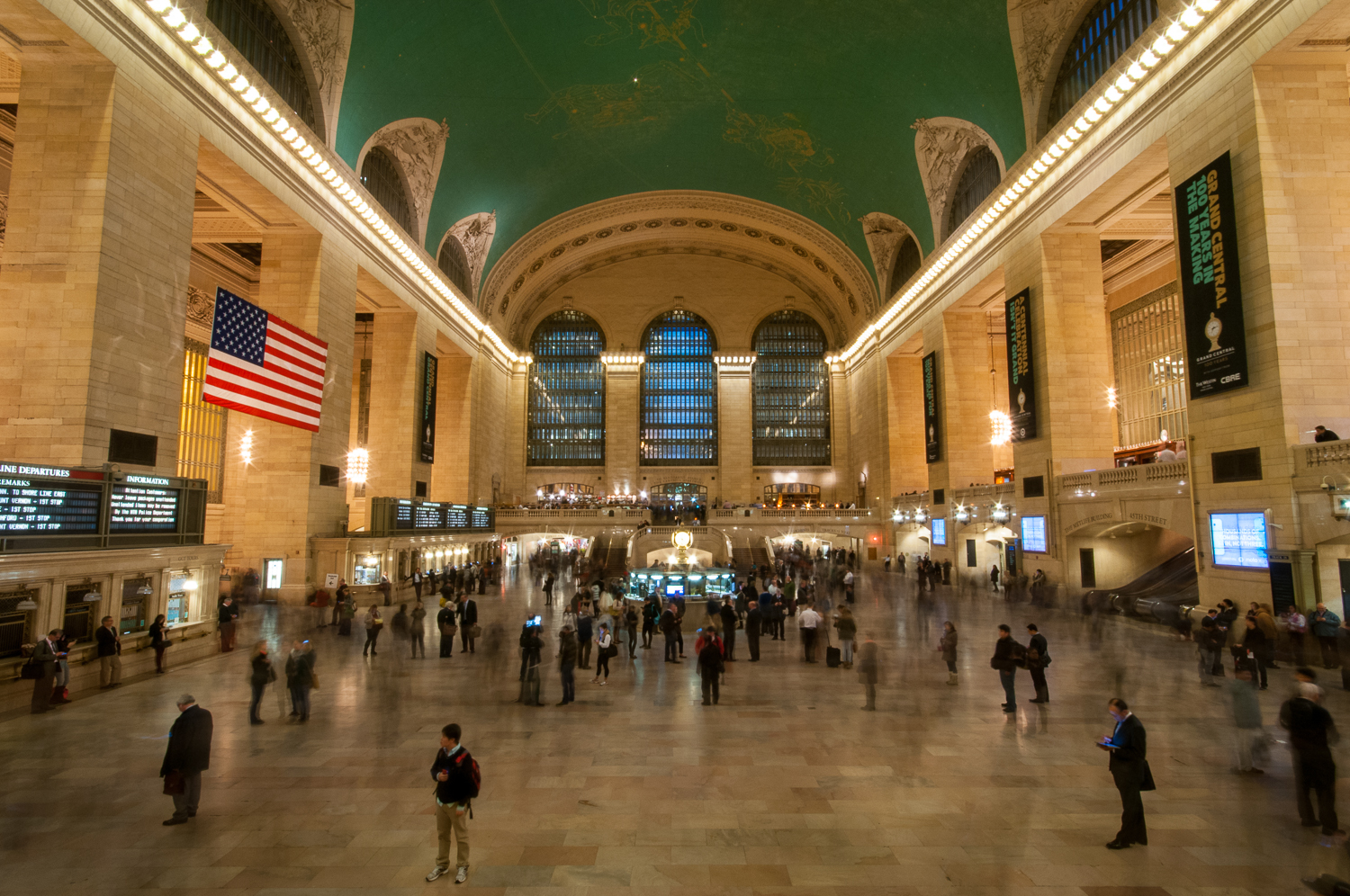 With such a crowded space I was amazed to see so many people moving at various spends and in all different directions. Some stood still, waiting around looking at their phones. Others were almost running through the crowds to catch their trains. It was amazing how people avoided bumping into each other. In an attempt to capture the movement I had the camera resting on a wall and was able to capture this photograph with a ten second long exposure time. The people moving (which was the majority of people) have turned into weird ghostly blurs which is exactly what I was after.

Back in 2006 I was in New York with my college friends and we went for a meal at TGI Fridays at Grand Central Station. Going around in a big group of students made it difficult for me to wonder off and get some photographs of the station. This is actually my second recent attempt at this super wide angle view of the Main Concourse. The previous day I had taken a photograph from the exact same spot but in the day time. Being inside the time of day didn’t really bother me. That was until I reviewed the shots on the laptop that evening. The large windows on the opposite side of the concourse had so much light coming through them that they were all white and this reflected off the floor and basically ruined the first set of photographs. I was fortunate that I had another few days in the city to return in the early evening and capture it properly.