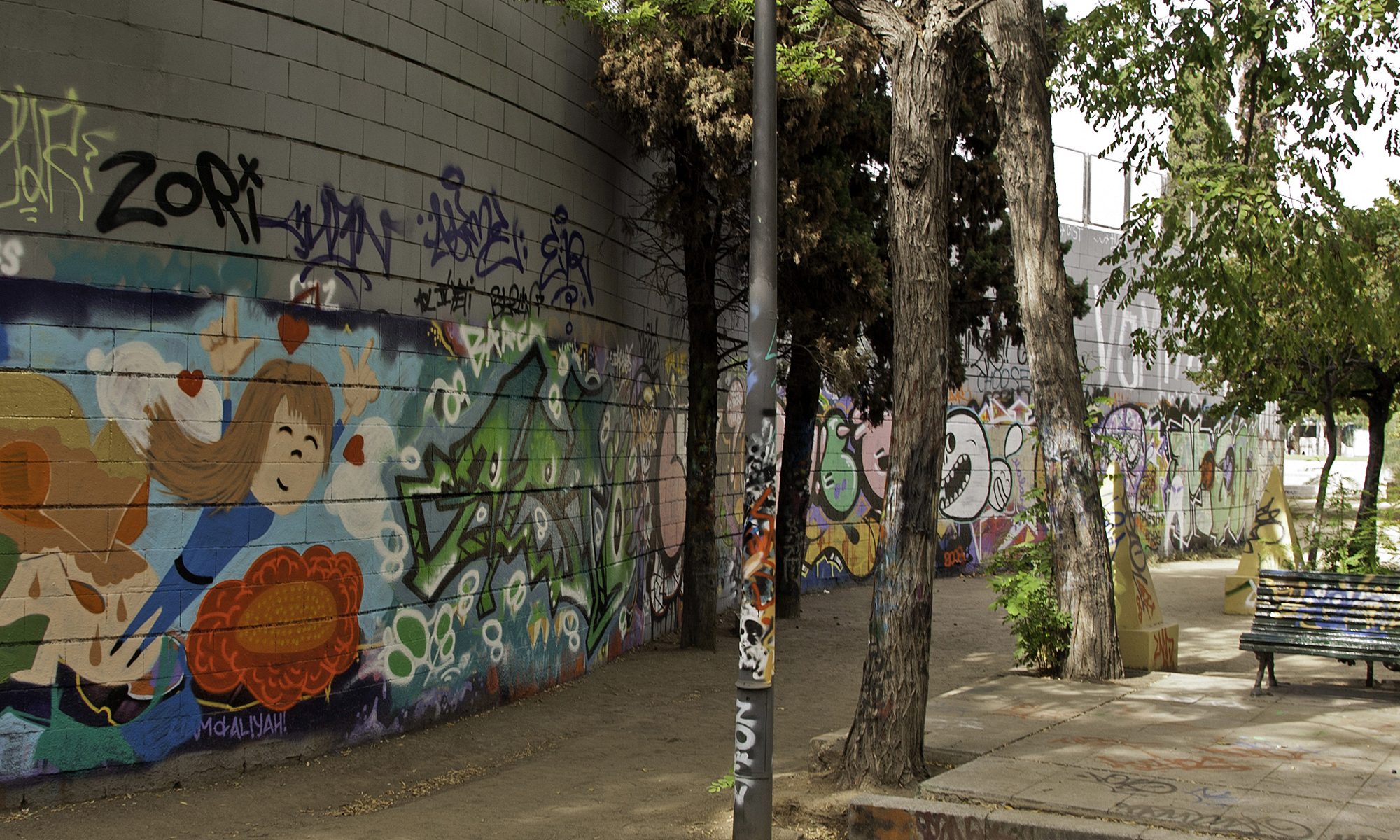 Until recently I had no idea what this small park near the harbour in Barcelona was called, just that it was a short walk from the end of La Rambla. These are the Jardins de Walter Benjamin and as you can see from the photograph above they feature a long wall of graffiti. What I liked is that the street art in this park wasn’t frowned upon. In some sections the wall had been divided up into panels and there was a group of young men happily painting away at the other end.