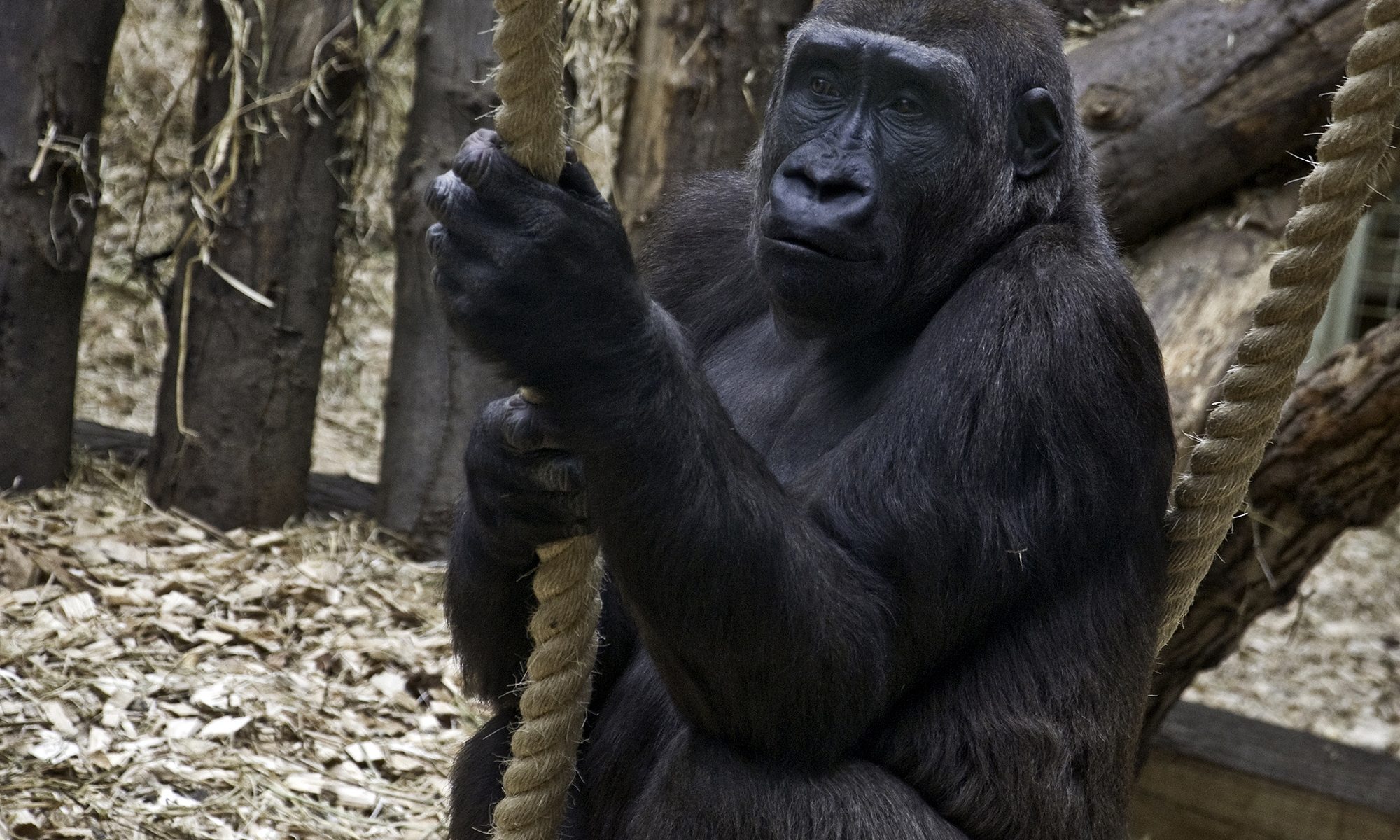 It has been difficult to work out which Gorilla this is; London Zoo has three females and the animal pictured above is either Effie or Mjukuu (both females). I believe this is Effie as Mjukuu appeared to be holding a baby when I photographed them on Saturday morning. Taken through glass it was very difficult to get any good quality images of these wonderful creatures. Ideally there wouldn’t have been glass in the way, but then my focus would probably have moved to running away rather than photographing, but who knows. I would have used flash if it wasn’t for the glass and the grumpy zoo keeper who shouted at me asking if I was going to use flash. I wouldn’t dream of it as it would probably scare the animals.