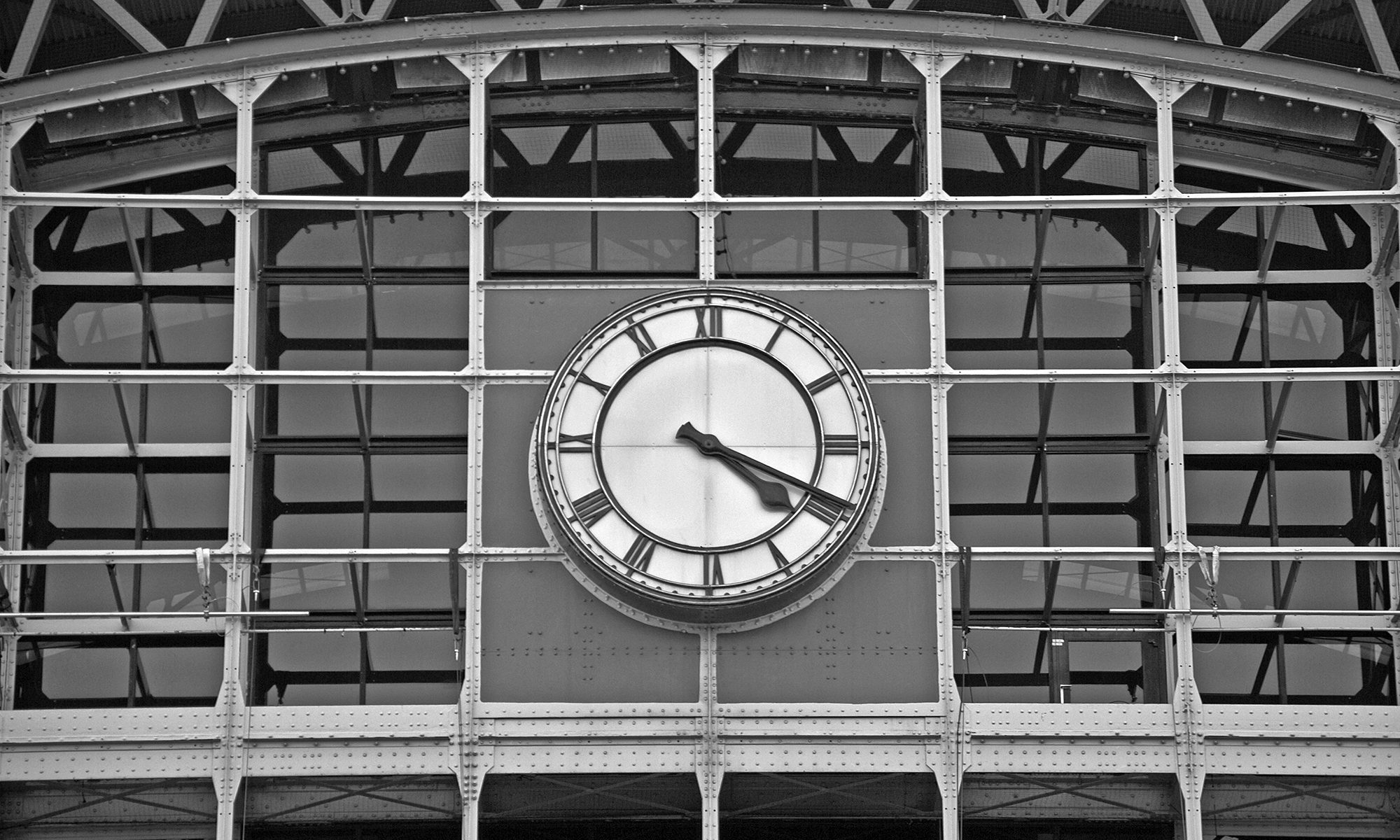 A simple photo but the pattern here seemed to lend itself to a black and white / monochrome conversion. The harsh lines of this industrial structure seem to form a nice background for the round clock face. Manchester Central, previously known as GMEX, is a conference centre housed in a former railway station. In my opinion the city of Manchester is a fantastic opportunity for photography, both of wide cityscapes and close up details. I often hear that it always rains in Manchester, well as I write this looking out of my fourth floor city centre flat I have seen people in t-shirts walking around under a blue sky, then extremely heavy rain and black clouds and now it is clear blue skies again, all in the space of three or four hours. The above photo was taken on a more consistently overcast day, but the black and white processing means that it didn’t make any difference to the final image apart from giving the subject an nice even light.