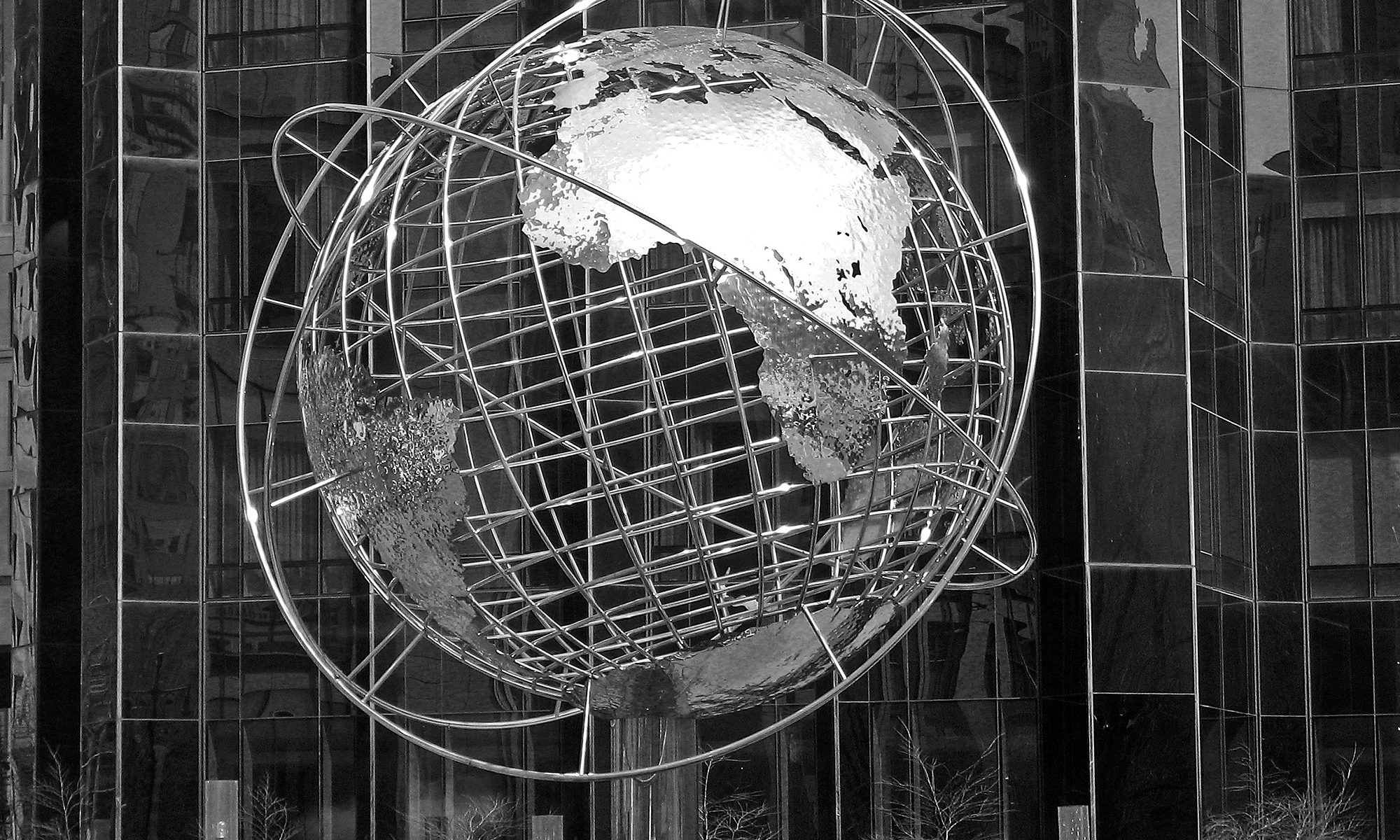 This globe statue was taken looking up from the stairs of the subway entrance on Columbus Circle, it has been featured in dozens of blockbuster films such as “Ghostbusters”, “The Devil Wears Prada” and more recently “I Am Legend”. It stands in front of the Trump International Hotel and Tower, which you can see in the background. When completed in 1971 it was the world’s tallest residential building at 44 floors and 176 metres.

There wasn’t much a lot of colour in the original file from the camera so I converted it to black and white. Because of the very reflective nature of the material which was used in the construction of this statue, it is almost impossible to get a photograph without some over exposed (white areas). It has been nearly two years since I last went to New York and it certainly somewhere I am looking forward to going back to in the not to distant future I hope.