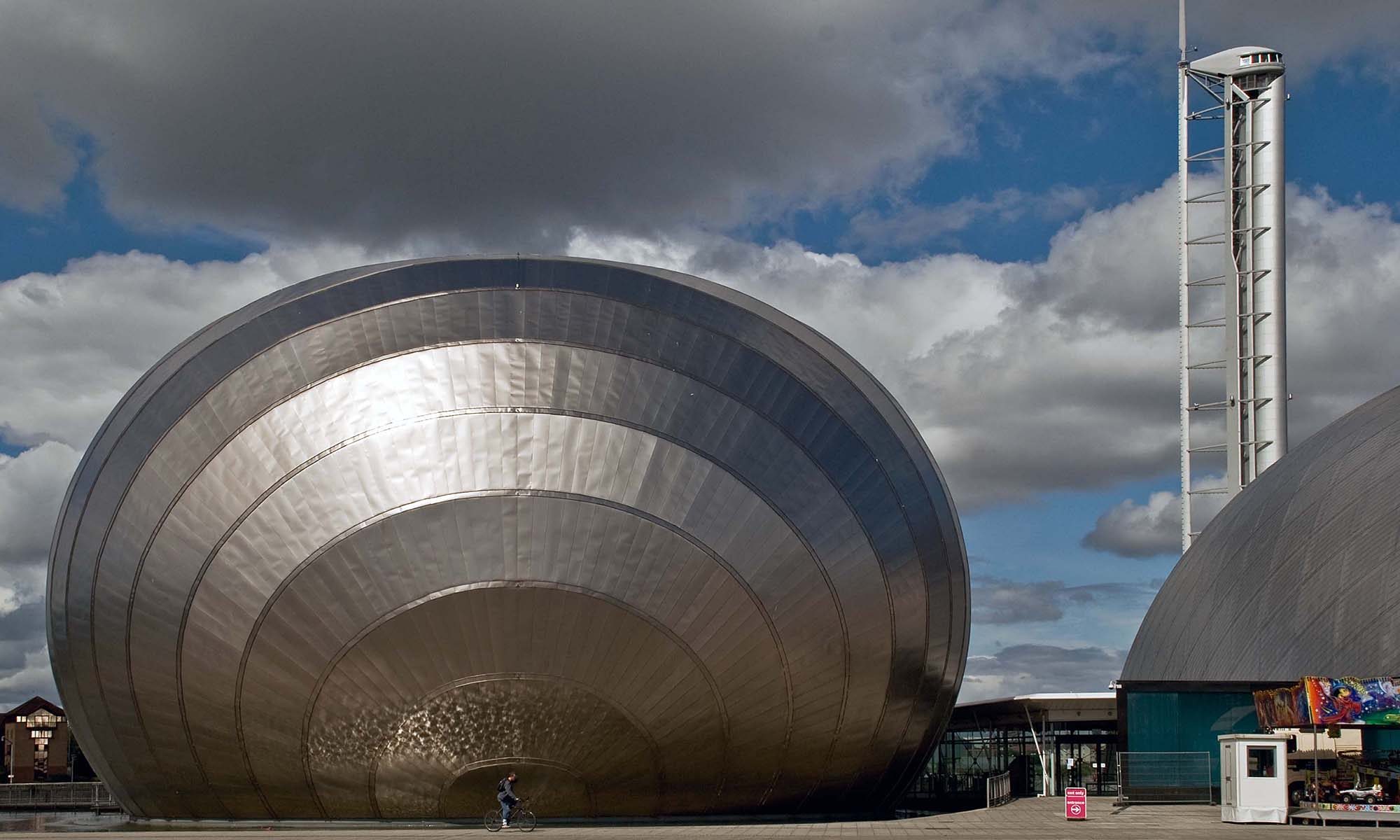 Going from the very old to the ultra modern. Yesterday’s photograph of Edinburgh’s National Monument is probably the biggest contrast in style to the IMAX theatre in Glasgow. This is the round, reflective building in the photograph above with the man cycling in front to give you an idea of scale. Sadly, because of the perspective, the Glasgow Tower looks quite small, but as I stand to take this image we are about 400 yards away from the tower. The round IMAX building amazes me. I have taken many photographs of it, both close up details and more distant shots as in the one above. Maybe next time I’m in Glasgow I will make the effort to go a see a show on the massive cinema screen. Just off this frame to the right (in front of the Science Centre entrance) was a small fair with rides and attractions for children. I don’t think it is there permanently, maybe just at weekends in the summer.