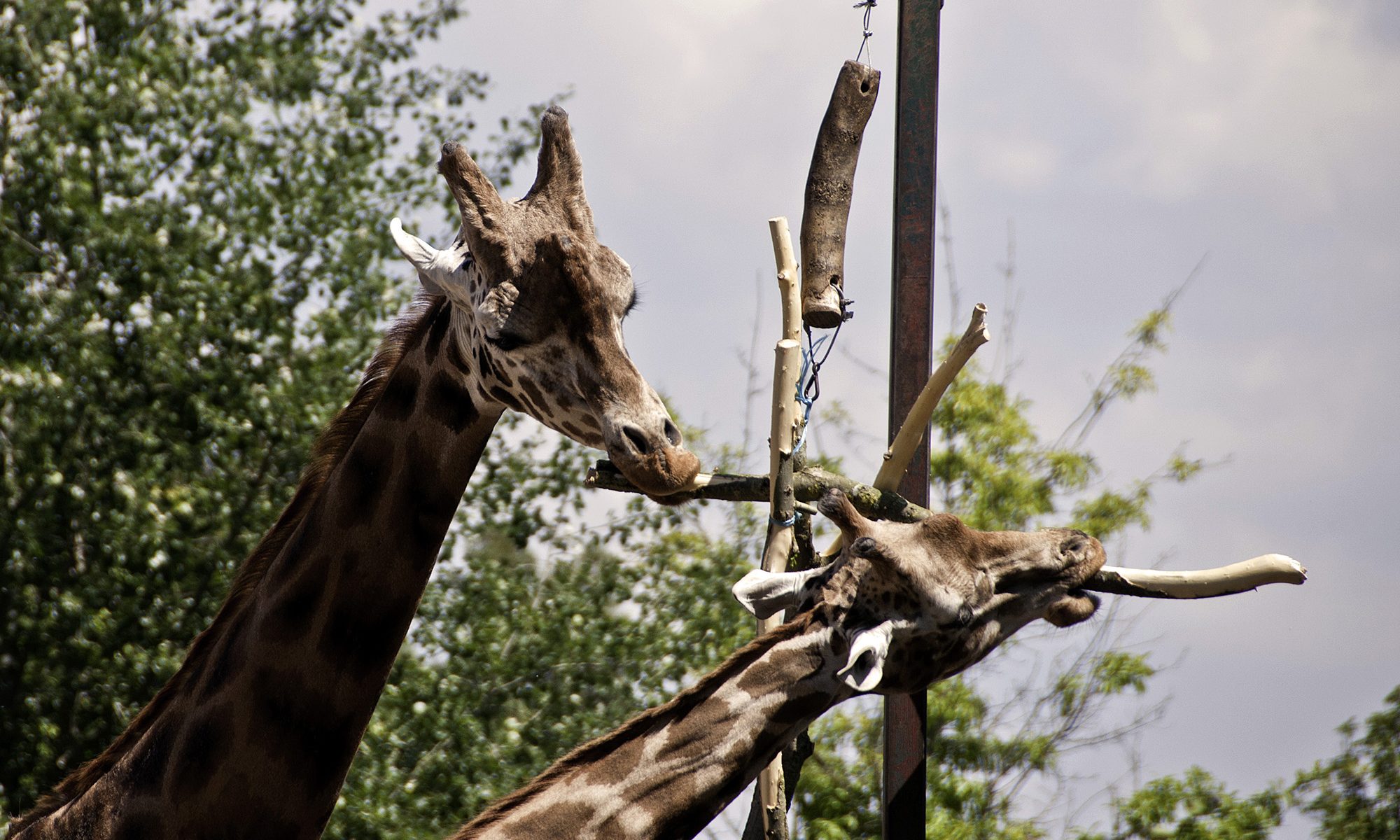 The above photograph of the two giraffes eating bark shows the power of my favourite and most commonly used camera lens, the Nikon 18-200mm VR. This was photographed at 200mm (the closest the camera will zoom in). In contrast yesterday’s photograph was taken stood in exactly the same spot at 18mm (the widest setting that the lens will allow). I was considering using the 70-300mm but then I would have missed the boat (quite literally) on the previous photograph.