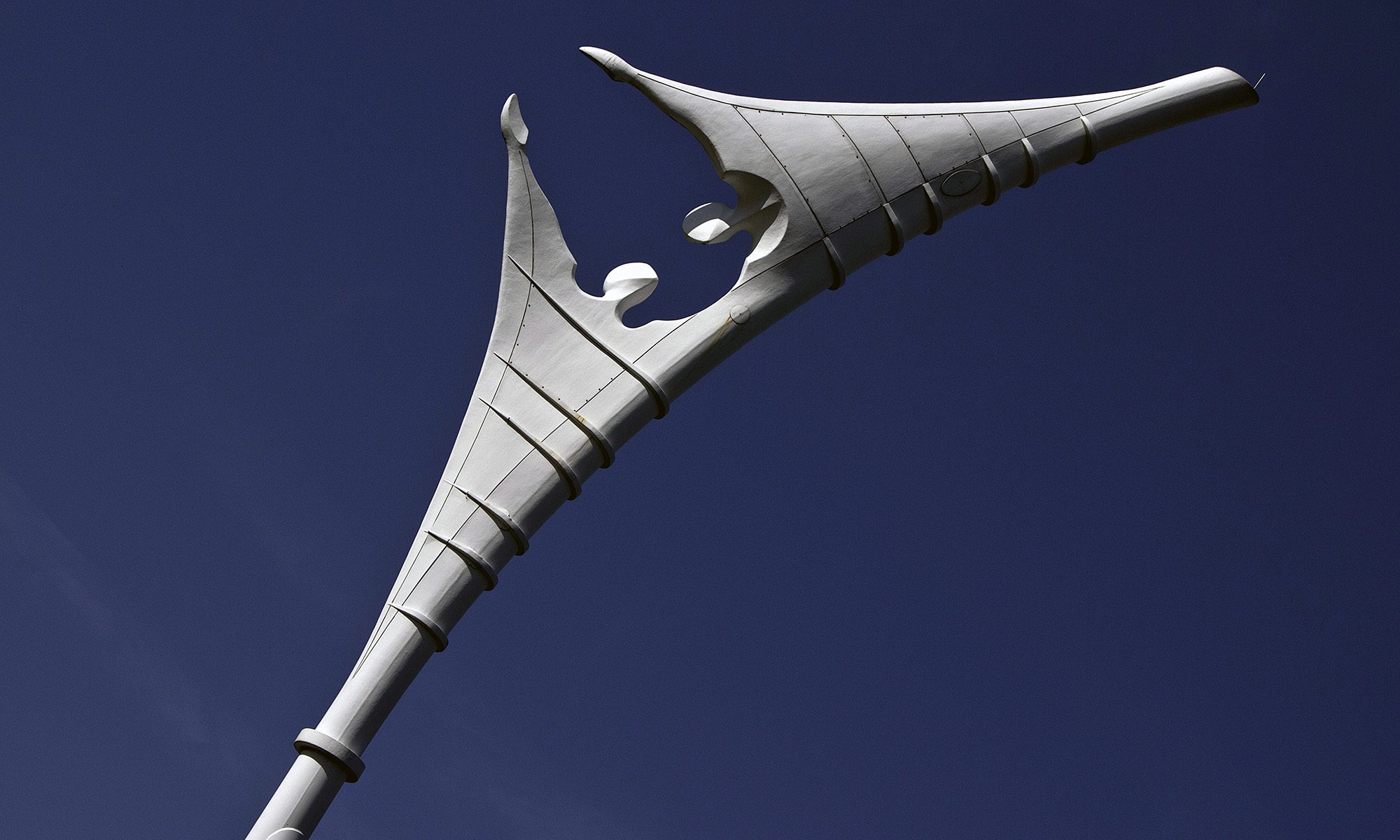 I regularly (at least twice a month) drive between Manchester and Chester. From where I live I go down the M62 and pass this massive sculpture called Encounter. It is on the roundabout at junction 11, but you can only see it properly when driving along the motorway in an Easterly direction (towards Manchester). I had been meaning to stop for a photograph for a while, but when my sat nav recently fell off my windscreen I decided it would be safer to pull off the motorway to re-attach it, rather than reaching down into the passenger seat well! When I pulled up the car I saw the nice blue sky that I wanted for the photograph I had in mind and grabbed my camera from the boot!