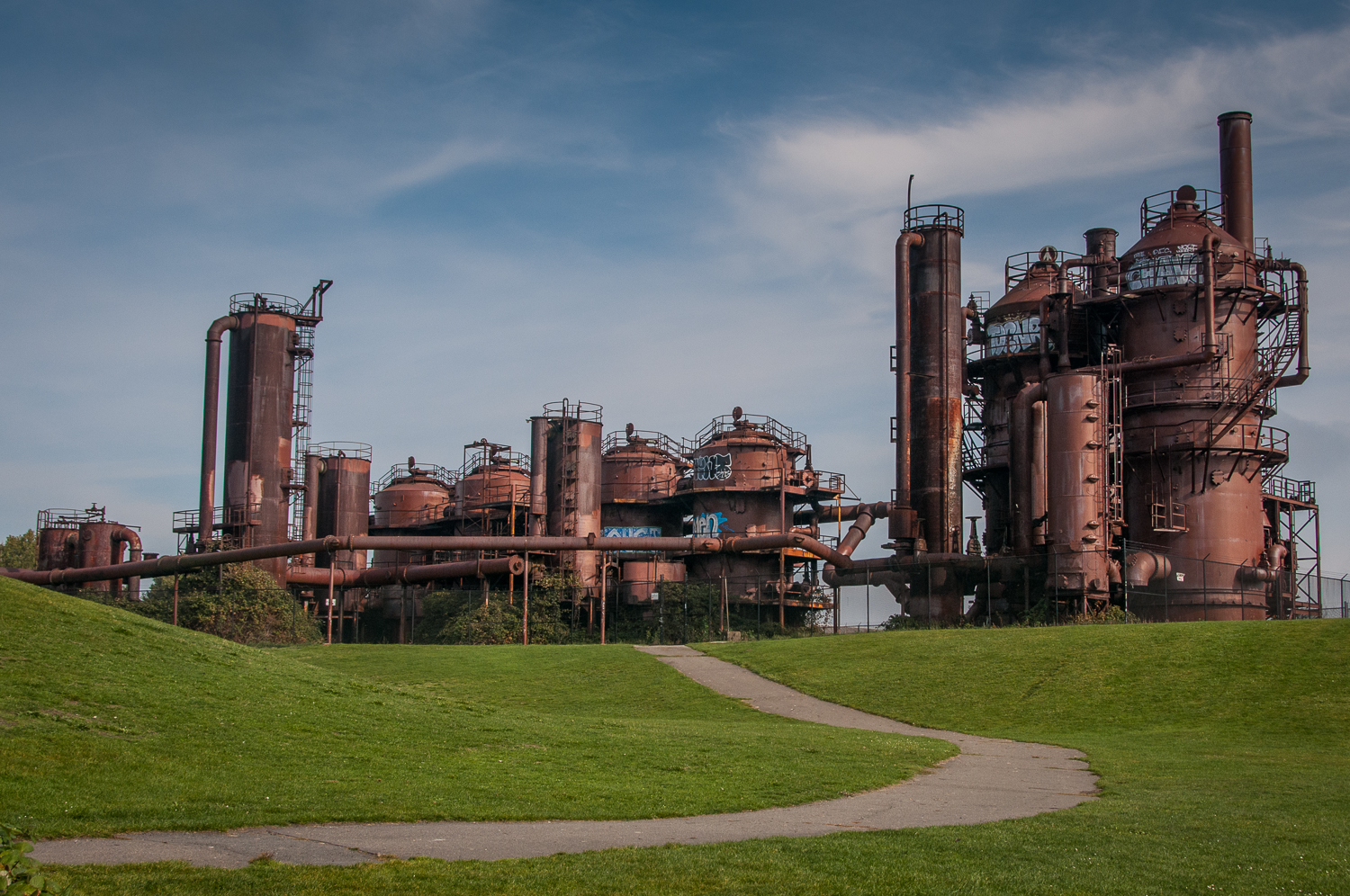 One of the more unusual and unique landmarks of Seattle is the Gas Works Park. This was originally the Seattle Gas Light Companies gasification plant. It is located on the north shore of Lake Union, about three miles from the downtown area of the city. What we see in this photograph is the main remnants of the sole remaining coal gasification planet in the US. It operated from 1906 to 1956 and became a park in the mid 60’s. The park is much bigger than this photograph suggests. On the other side of the towers of the main plant is a large play barn and picnic shelter. These were originally the pump house and boiler house but the machinery has been painted bright colours which looks pretty funky.