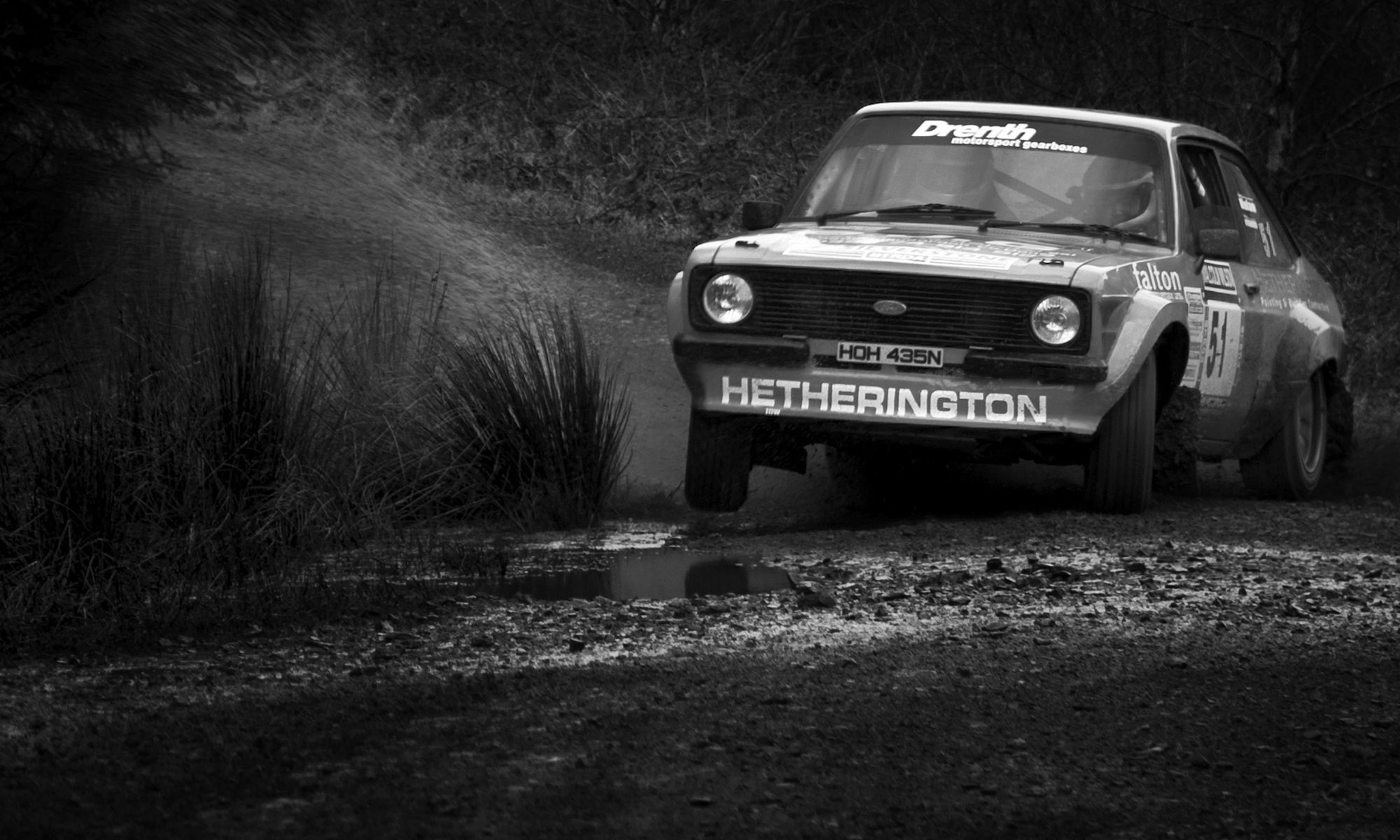 After a traumatic journey I finally arrived last night at the town of Cockermouth in the northern Lake District. The above photograph was taken this morning at around half past ten. This was the second stage of the Malcolm Wilson Rally at Comb in Whinlatter Forest, just west of Bassenthwaite Lake. To be honest it was completely by chance that I was stood here. There were roughly fifty cars in the rally and this was probably one of the oldest in the wide range of car types. In fact it is a 1974 Ford Escort (mark two) driven by Adrian Hetherington with Gary Nolan as his co-driver.

This probably isn’t my favourite photograph of the day, but it felt right for the car to convert the picture to a black and white image. I have dozens more that need editing, but for now this gives an impression of the rally photographs that you might see online in the coming week. Stay tuned.