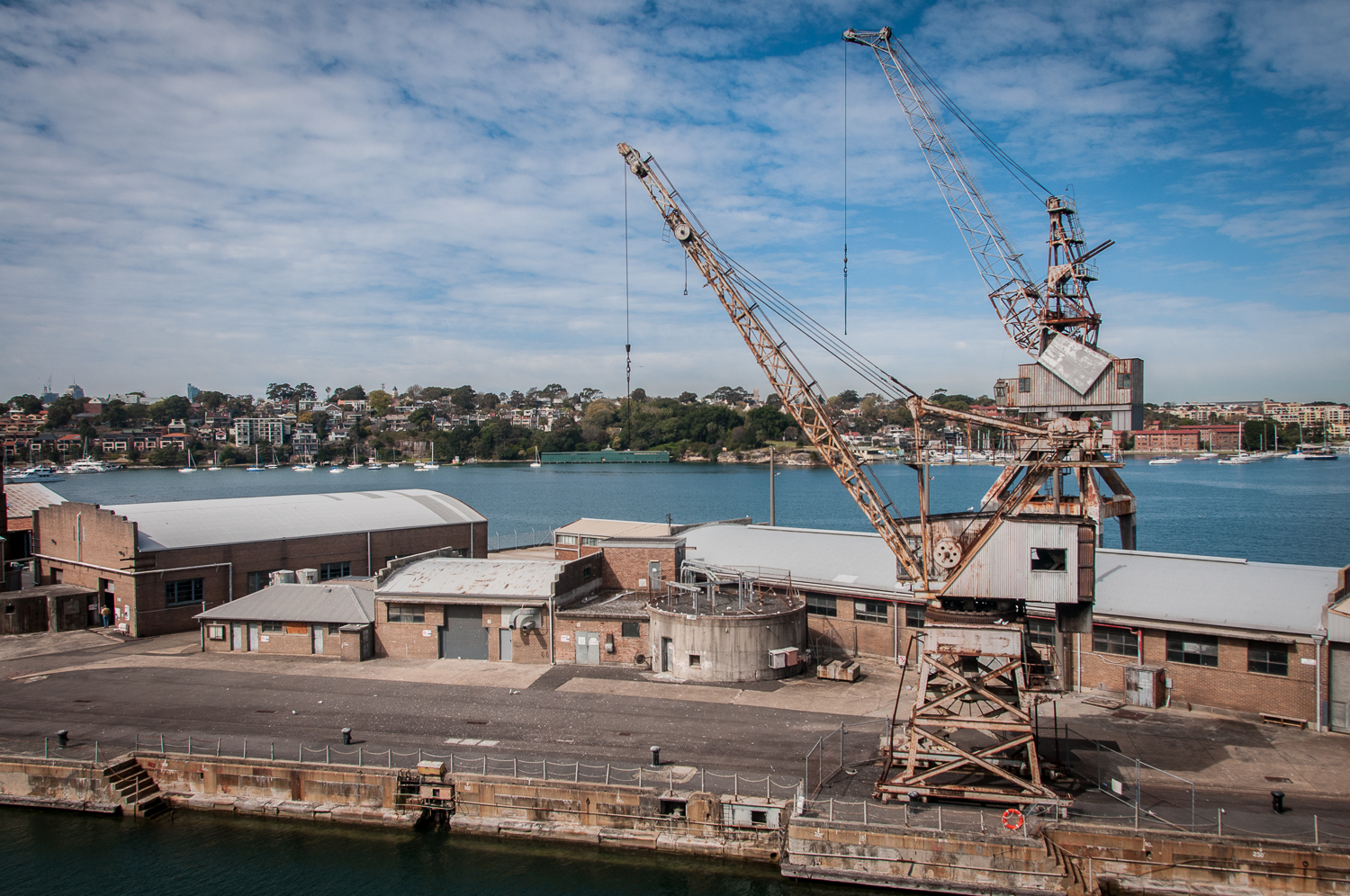 This is the Fitzroy Graving Dock, with its huge rusty old crane towering above the concreate. 2012 was the 18th Biennale of Syndey, an international festival of contemporary art. The main venue was Cockatoo Island, a World Heritage Site in Sydney Harbour. A couple of fellow travellers had suggested getting the free ferry down to the island and so I decided to make the day of it. Cockatoo Island was a prison for re-offending convicts in the mid 19th century. By the early 20th century it had become one of Australia’s biggest shipyards. The first of its two dry docks was built by convicts.