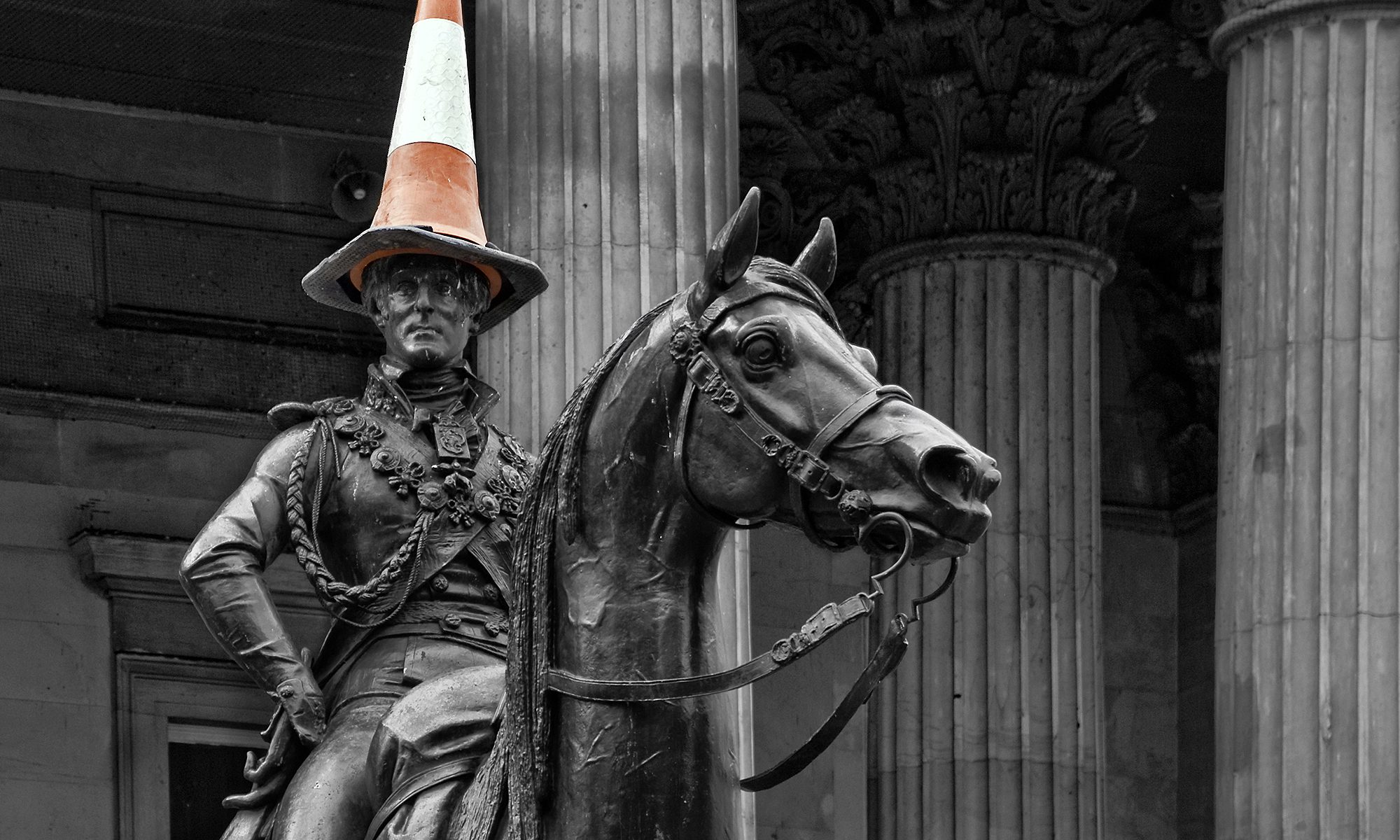 It took me over six months before I realised this photo isn’t on my website but I now can finally bring you the photograph of the Duke of Wellington and the story of his mysterious traffic cone hat. Last summer I took the train from Edinburgh to Glasgow for the primary purpose of capturing this image. The statue stands outside the Gallery of Modern Art, sometimes referred to as GoMA.

The traffic cone is not Photoshopped on. The photo has been covered to black and white, with the cone kept red to make it stand out more. It’s permanently on the Duke’s head and for many years the authorities regularly removed cones, only for them to be replaced (usually the following night) by someone climbing the nearly 20 foot statue. This statue and his traffic cone has come to represent the city’s light-hearted attitude to authority, and the city authorities no longer remove Wellington’s cone hat.

I found out about this statue when researching the photograph below of David Hume taken on Edinburgh’s Royal Mile, this “coning” is not accepted by the Edinburgh authorities and when I went back this summer to try and photograph Hume with his cone, it was gone. Still, the Duke of Wellington was the original traffic coned statue.

One Reply to “Duke of Wellington Statue with Traffic Cone, Glasgow”