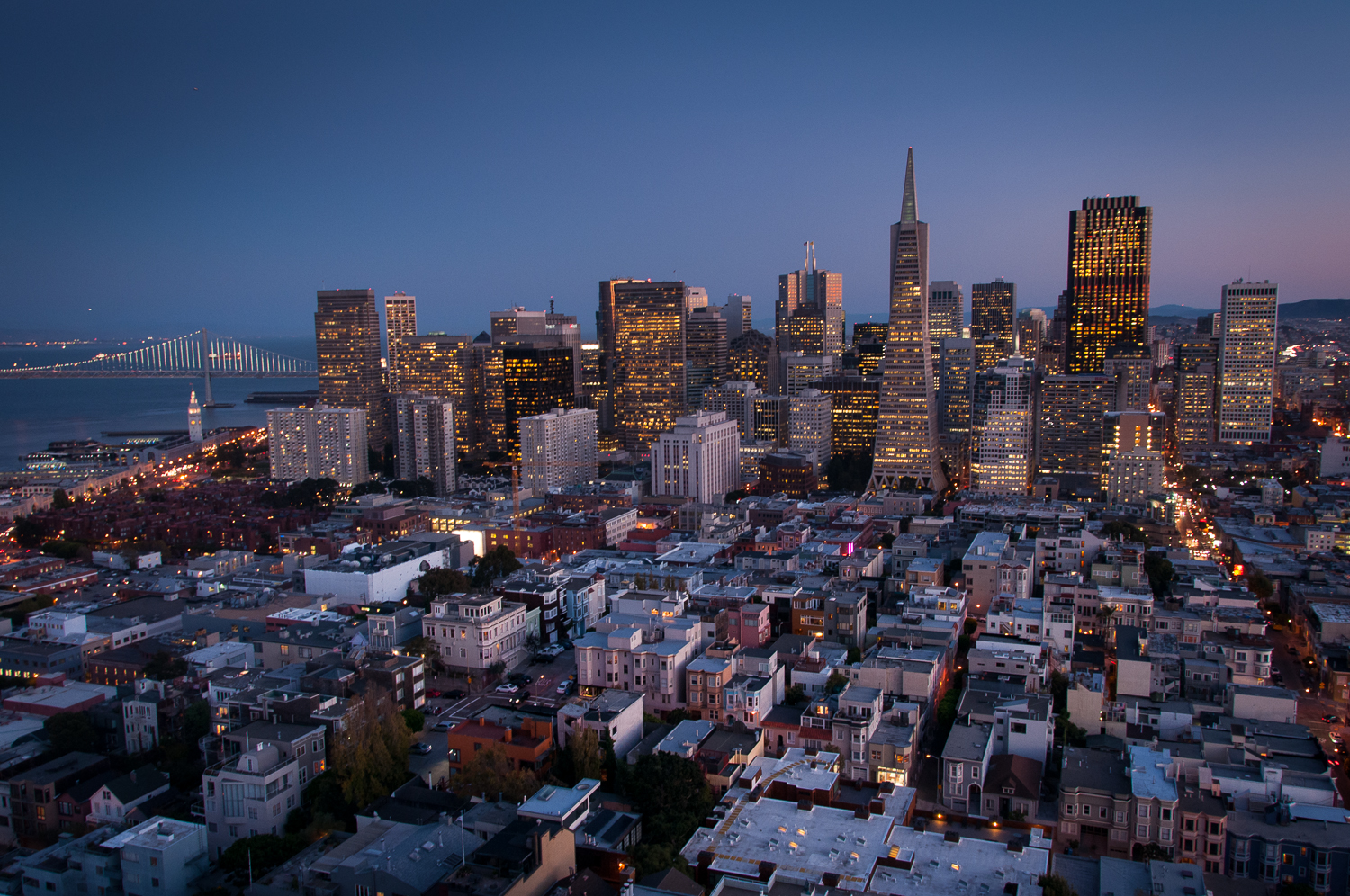 When I first saw photographs from this angle I thought that they must have been taken from a helicopter, to be that high up and close to the city. I was wrong. San Francisco is famously hilly and Telegraph Hill is one of the cities 44 hills, with an elevation of 84 metres. At the top of Telegraph Hill is Coit Tower, at 64 metre tower on the top of the hill. From this fantastic lookout we can see the Bay Bridge and Ferry Building off to the left. The tallest skyscraper in this photograph is the Transamerica Pyramid. Coit Tower was built in 1933 by money left by Lillie Hitchcock Coit. Mrs Coit was an eccentric character in San Francisco’s history. She was a volunteer firefighter, smoked cigars and wore long trousers before it was socially acceptable for women to do so.